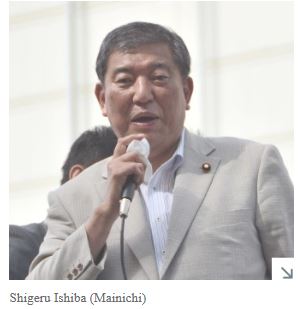 Ishiba, a ruling Liberal Democratic Party (LDP) heavyweight, made up his mind to leave the Cabinet and notified Prime Minister Abe of his decision on Aug. 1.

Abe had offered several Cabinet posts to Ishiba and tried to persuade him to stay in his Cabinet. However, Ishiba told the prime minister, “I’d like to support the Abe Cabinet as a rank-and-file member of the party instead of remaining in the Cabinet,” according to the sources. Ishiba has been tipped as a possible future successor to Abe as prime minister. 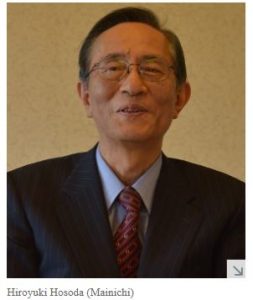 Land, Infrastructure, Transport and Tourism Minister Keiichi Ishii, a member of the LDP’s junior coalition partner Komeito, will also stay on at the request of Komeito leader Natsuo Yamaguchi. 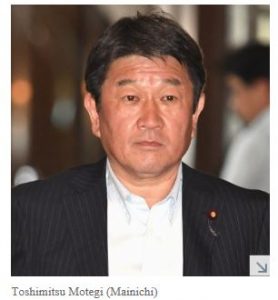 The prime minister had attempted to persuade LDP Secretary-General Sadakazu Tanigaki, who has been left injured following a bicycle accident, to stay on at his post but abandoned his efforts because there are no clear prospects that the secretary-general can return to work at an early date. Abe then decided to appoint LDP General Council Chairman Toshihiro Nikai as the successor of Tanigaki.