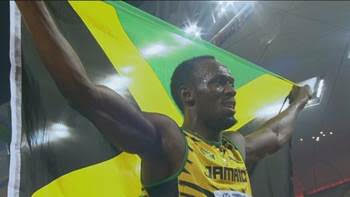 NHK’s “Close-up Gendai Plus” on Tuesday evening reported on Jamaican athlete Usain Bolt, who is aiming to achieve the first-ever triple victory in the 100 meter, 200 meter, and relay races in the Rio Olympics. However, he reportedly needs to overcome many obstacles, such as his scoliosis, injuries, age, and emerging rivals. Bolt said in an exclusive interview that he wants to become even more than a legend in the Rio Olympics because it will be his last Olympics.