The new Minister of Agriculture, Forestry and Fisheries Yuji Yamamoto is a proponent of agricultural reform, and his job for the time being will be to accelerate the government’s reform initiatives. Despite its agricultural production of over 8 trillion yen, Japan exports less than 10% (745.1 billion yen) of its food and agricultural, forestry, and fishery products. When Yamamoto was the minister of finance in the first Abe administration, he worked hard to boost Japan’s competitiveness in the financial and investment markets. Many are hoping he will transform the inward-looking perspective prevalent in the Japanese agricultural industry. During a press briefing, Yamamoto noted that the gap between production and exports shows a potential for growth, indicating his willingness to work toward expanding exports.

Currently, Japan’s agricultural industry is suffering from the weakening of its production base, as seen in the lack of successors for the aging farm population. Farm materials such as fertilizer and agrichemicals are said to be too expensive and bringing down prices is a pressing task. Ongoing talks on a fundamental reform of the system in which the distribution of raw milk (before homogenization) is under a near-total monopoly by the government-designated agricultural cooperative organization are also expected to enter the final stages in September or later.

The Trans-Pacific Partnership agreement (TPP) ratification bill and related legislation will be the focal point of the extraordinary Diet session in the fall. In the U.S., both the Republican and Democratic presidential candidates openly oppose the TPP. The Japanese government will strive for the early enactment of the TPP to emphasize that it is not open to renegotiation. 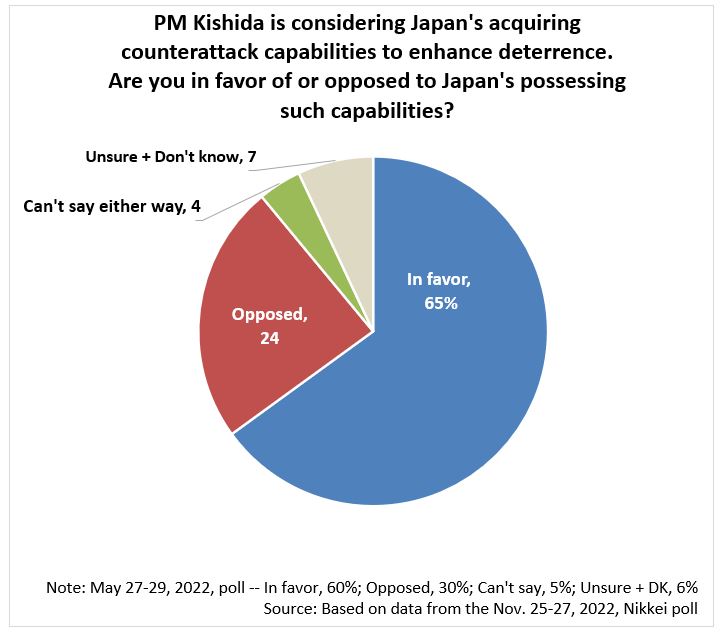 65% in favor of Japan’s possession of “counterstrike capabilities,” Nikkei poll