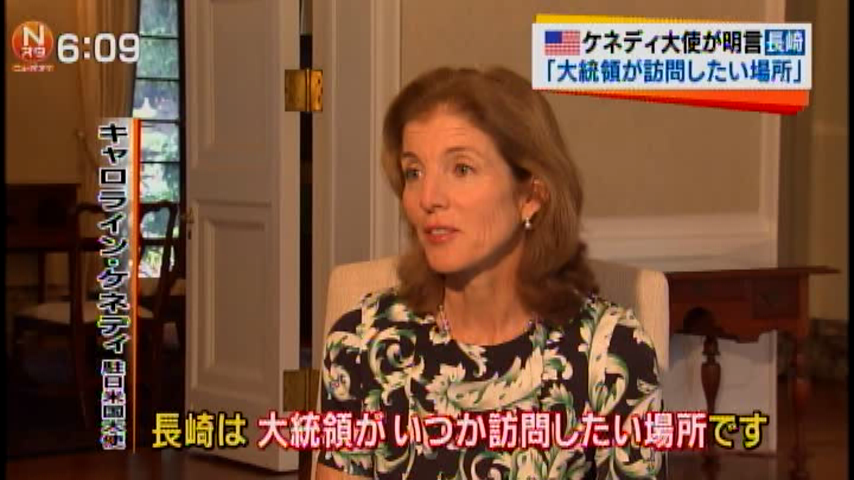 TBS’s “N-sta” on Tuesday evening reported on its exclusive interview with Ambassador Kennedy conducted at her residence on Aug. 3. The program said while the Ambassador did not specifically talk about nuclear disarmament, she stressed the significance of the first visit by a sitting U.S. president to Hiroshima. She was quoted as saying: “The President’s visit, the welcome that he received from Prime Minister Abe, the Japanese people, and the hibakusha, all strengthened and reinforced his own commitment to working toward a world without nuclear weapons.” Noting that Nagasaki is calling on President Obama to visit there as well, the program quoted her as saying: “Nagasaki is a place where he hopes to visit one day. I’m not sure if he will be able to do it as president, but he is very committed to the issue of disarmament, and was personally deeply affected by his visit to Hiroshima. I’m sure that he would hope to visit Nagasaki one day.” The program said the people of Nagasaki are closely watching to see whether President Obama will visit the city in the belief that visits by him to both Hiroshima and Nagasaki would create great momentum toward the elimination of nuclear weapons.