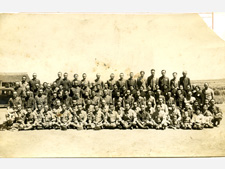 “NHK Special” on Aug. 14 reported that under a state campaign, Japan sent as many as 270,000 farmers to Manchuria in the 1930s through 1940s as settlers to strengthen Japan’s control of the region. However, the Soviet Union’s invasion in the region just before Japan’s surrender in WWII in 1945 resulted in the death of more than 80,000 civilians, including women and children. The program delved into the details of the campaign, including the involvement of the government, the Kwantung Army, and local community leaders.