Police explain why they bound protesters with rope 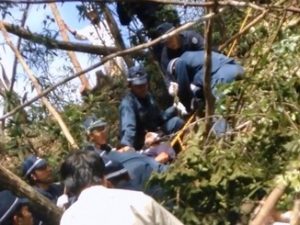 Ryukyu Shimpo wrote that the chief of the Okinawa Prefectural Police commented during a prefectural assembly session on Thursday on the riot police’s recent use of ropes to bind protesters and remove them from the helipad construction site at the Northern Training Area. He said that the police used ropes because there was risk of the protesters sliding down a steep slope at the site. The police chief also said the protesters violated the Act on Special Measures Concerning Criminal Cases because they entered the U.S. military facility.