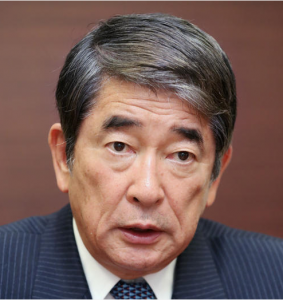 U.S. President-elect Donald Trump could ramp up pressure on Japan to play a bigger role in its own defense but will not withdraw the American military from the country, Yukio Okamoto, who served as special adviser to two former Japanese prime ministers, told The Nikkei.

Q: What are your thoughts on Japanese Prime Minister Shinzo Abe’s upcoming meeting with U.S. President-elect Donald Trump on Thursday in New York?

A: It’s great. They could develop a personal relationship, just like between [former Japanese] Prime Minister Junichiro Koizumi and [former U.S.] President George W. Bush. I think they will get along. Cabinet members take cues from their president when crafting specific foreign policy. It’s important to get Trump to send a message that Japan is valuable.

Q: How would the Trump presidency impact Japan-U.S. relations?

A: Now that he’s achieved the goal of becoming president, his position could change. His threat to cut back troop presences abroad unless allies shoulder a significant portion of the cost contradicts the U.S. military’s plan to significantly increase the number of its warships and fighter jets. You don’t need a military that large if you don’t want to intervene overseas. I’m not too concerned over bilateral security cooperation. But if the U.S. strikes a more isolationist tone, China and Russia will take the chance to expand their presence.

Bringing the American forces in Japan home will cost more than keeping them here. He won’t be able to withdraw from Japan easily once he realizes this. There’s naturally a limit to how much the cost for maintaining the forces can be increased. We need Trump to understand that the Japan-U.S. security partnership is necessary for the U.S. as well. That’s our starting point. I believe the security experts close to Trump know that as well.

Q: Will he demand that Japan play a bigger role in terms of security than in the past?

A: He could push Japan to rapidly expand its international cooperation efforts — such as by joining a naval escort force to protect multinational trade fleets, for example. This is a military action Japan refused to take part in during the Iran-Iraq War, and is unlikely to happen.

There’s a possibility he’ll ask Japan to spend more on defense. We rank 100th or lower in the world in terms of defense spending as a proportion of gross domestic product. Even if he doesn’t tell us to develop nuclear weapons, he’ll probably urge us to be responsible for our own protection. Japan so far has gotten away with carrying an extremely light burden.

Considering the threats surrounding Japan, it is imperative that Tokyo take another look at its defense capabilities.

Q: The Obama administration said that the Japanese-administered, Chinese-claimed Senkaku Islands are covered by Article 5 of the Japan-U.S. Security Treaty.

A: It’s important that Trump clearly states that Article 5 covers the Senkakus. If he tells us to solve the problem ourselves, Japan will immediately find itself in a difficult position. We could face serious consequences if Trump makes a careless statement before he crafts his strategy.

A: He has commented on the economy based on his personal beliefs. The TPP will not be able to take effect. We’ll see a lot of changes.

It’s Japan that needs a network for free trade. We should wave our own flag. If the TPP falls through, why not work toward the Regional Comprehensive Economic Partnership [with such countries as China and India]? We can also change the conditions to put the TPP into effect and start off without the U.S. Japan has a great responsibility.