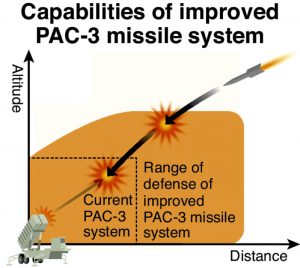 Sunday’s Yomiuri gave top play to a report saying that the GOJ has decided to put together a third supplementary budget for fiscal 2016 worth as much as one trillion yen, including 200 billion yen to enhance Japan’s missile defense against North Korea. The GOJ plans to use the money to purchase an upgraded PAC-3 surface-to-air missile system and related equipment.