The Liberal Democratic Party (LDP) had about 26.28 billion yen in income in 2015 (up 9.8% from the previous year) while the Japanese Communist Party (JCP) had about 23.82 billion yen (up 5.9% from the previous year). The 2015 political funding report released by the Ministry of Internal Affairs and Communications reveals that the LDP and the JCP stand out from the pack in financial resources in a comparison among major political parties’ total income. Top among the opposition parties is the Democratic Party of Japan (today’s Democratic Party) at approximately 9.42 billion yen (up 20.9%), only about one-third of the LDP figure. (Abridged) 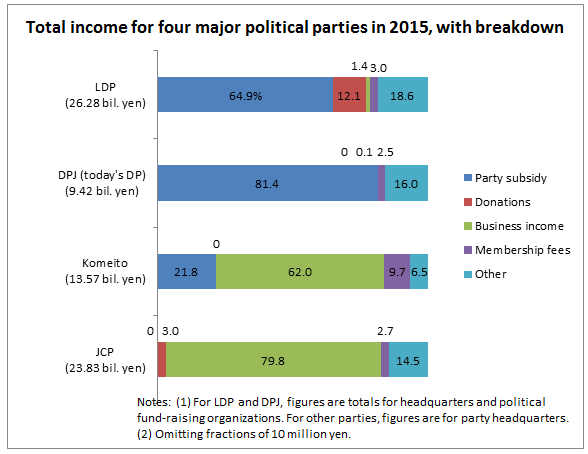