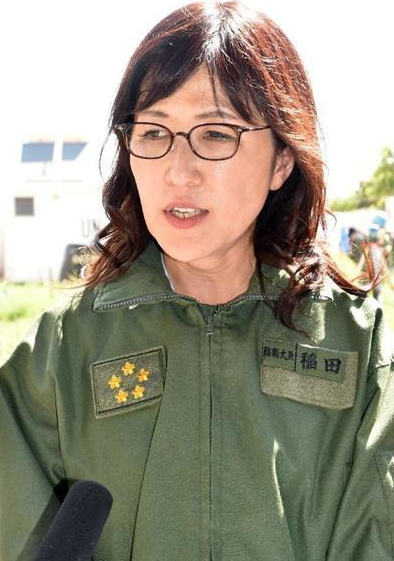 Defense Minister Tomomi Inada’s appointment of a Liberal Democratic Party official, Fumio Koyama, who was head of the office of the LDP policy council chairman’s office [when Inada chaired the council], as her political secretary at the Ministry of Defense is creating side effects. Politicians usually tap their experienced, personal secretaries as their political secretary when they become cabinet ministers. The practice of nominating a party official as political secretary is not conventional. A person close to the LDP explained that “she wanted to keep her aide knowledgeable about policy at her side to ensure she won’t be controlled by bureaucrats.”

But during a Diet interpellation, Inada was at the verge of tears when she was grilled by opposition lawmakers and faltered out in responding to them. In the end, “she was forced into the situation where she had no choice but to depend on defense bureaucrats,” the aforementioned person said. Koyama was tasked with dealing with the press when he first took up the job, but the defense bureaucracy gradually gained control. “He is just an ornament [and has no real authority],” said a senior MOD official.

A weekly magazine carried a dubious story about Koyama, reporting that he used violence on someone in Tokyo’s Akasaka district. Rumors spread that “the source of that information could be a MOD official, who gives the cold shoulder to Koyama,” according to a person close to the Self-Defense Forces. Koyama was expected to conduct “rush-to-the-rescue” operations for Inada, but he is about to be beaten off by defense officials in the name of their collective self-defense.