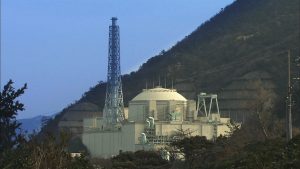 NHK’s “Close-up Gendai Plus” on Monday reported that the GOJ is highly likely to decide on Dec. 20 to decommission the one-trillion-yen Monju prototype fast-breed reactor in Fukui Prefecture and launch a new project to build a demonstration fast-breeder reactor. The news sent shockwaves through the local community as it was not consulted in advance. The Monju reactor only operated for 250 days over the last 22 years due to various accidents and problems. The program examined the discussions between MEXT, which wanted to maintain Monju, and METI, which proposed starting a new project, adding that the GOJ is eager to develop fast-breeder reactors for commercial purposes as they are central to Japan’s nuclear fuel cycle. The program also looked into a planned joint project between Japan and France to develop a new demonstration reactor.