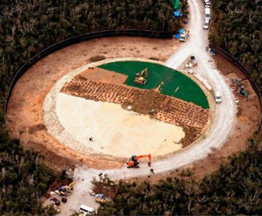 Okinawa Times reported that the construction of four helipads at the Northern Training Area has been largely completed ahead of the reversion ceremony on Dec. 22. The paper said Chief Cabinet Secretary Suga dismissed Okinawa’s call for the cancellation of the event amid renewed opposition toward the U.S. military among local people following the recent Osprey accident by saying that the return will considerably reduce the base-hosting burden on Okinawa. It added that in addition to Governor Onaga, prefectural assembly chairman Shinzato has decided to skip the ceremony, as the local legislature is divided over whether he should participate.