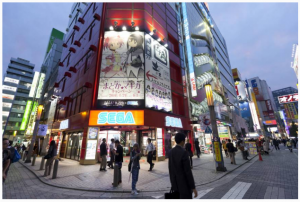 The National Police Agency plans to carry out a nationwide investigation in fiscal 2017 into so-called “JK businesses,” in which high school girls offer dating and other services in school uniforms or swimming suits.

JK stands for joshi kosei, or high school girl. The JK business is regarded as a breeding ground for child prostitution and other sex crimes.

The probe was included in a draft plan released Thursday that creates measures aimed at ending the sexual exploitation of children.

The NPA sees the need to grasp how JK businesses are run because those engaged in such activities frequently change their methods to avoid being arrested. The results of the investigation will be used to help regional governments establish ordinances to restrict such businesses.

Based on local police surveys, the NPA says there appear to be 300 to 400 JK business outlets across the nation. Many of them are in Tokyo.

There are various types of JK businesses, such as the girls izakaya, where high school girls dressed in costumes serve customers food and drinks. Then there is JK rifure(reflexology), where girls give massages and lie next to their clients.

There is also JK sanpo, where girls take walks with their customers as if they were on a date, and JK komyu, in which customers chat face to face with girls.

Some JK businesses also covertly let the girls provide sexual services. But it is difficult to know the full extent of the situation because most of them, at least ostensibly, do not fall under the scope of the law regulating the adult entertainment businesses.

Under the planned investigation, police will confirm the locations of JK businesses and determine what services they provide, what their hours of operation are and the numbers and ages of the girls engaged in such activities.

Aichi Prefecture has already designated the services as harmful business under a local ordinance for juvenile protection. So people under the age of 18 in the prefecture are banned from working at and entering JK business outlets.

The capital Tokyo is also working to introduce a similar regulation. But only a limited number of regional governments are following suit.