Trends in opinion polls on the Northern Territories issue

An analysis of the nationwide public opinion polls conducted by the Yomiuri Shimbun in recent years reveals that the percentage of respondents seeking a package return of the four islands of the Northern Territories all at one time has decreased over the years and pollees are leaning more and more toward first achieving a partial return of the islands and then pursuing further negotiations for the return of the remaining ones.

In an interview survey conducted in March 1978, some 42% of respondents said that “Japan should stick to the policy of having the four islands returned all at one time,” exceeding the 35% who thought “Japan should take a flexible approach to the issue and not insist on the package return of the islands.”

In the October 2001 interview survey as well, the most frequent response was “Japan should have all four islands returned together” at 43%. Next was “if it is confirmed that the Northern Territories belong to Japan, the four islands do not need to be returned all at one time” at 28%, followed by “Japan should first achieve the return of the Habomai and Shikotan Islands and then continue negotiations for the return of the remaining two islands” at 15%. A mere 3% of respondents said that “Japan should settle on the reversion of only Habomai and Shikotan Islands.”

Although no simple comparison can be made because the polling methodologies and wording of the questions differed from survey to survey, the findings suggest that public opinion has shifted and people no longer insist necessarily on the return of the four islands all at once.

On the other hand, it also seems that public opinion is growing increasingly pessimistic about the possibility of resolution of the territorial issue due to the very fact that it has not been resolved over the 71 years since the end of World War II.

The telephone opinion poll conducted in early December asked respondents the following question: “Prime Minister Shinzo Abe will meet with Russian President Vladimir Putin, who will visit Japan from Dec. 15, and they are set to discuss the Northern Territories issue. Do you think this will lead to the resolution of the Northern Territories issue?” Some 13% answered “yes” and 81% said “no.”

However, pollees approved of the prime minister’s means, namely, to strive for a breakthrough in the territorial issue using a “new approach.” Some 65% said they approved of Prime Minister Abe’s policy of actively promoting economic cooperation with Russia with an eye to resolving the Northern Territories issue, while 26% said they disapprove.

A change in thinking on the territorial issue can also be seen among the former residents of the Northern Territories. In November and December, the Yomiuri Shimbun and Hokkaido University’s Slavic-Eurasian Research Center (Sapporo City) conducted a survey of a total of 100 people, including 50 former residents and 50 of their descendants [children and grandchildren]. The survey revealed that many people think it is realistic for Japan to have “Habomai and Shikotan Islands returned first” rather than to pursue the policy of having the four islands returned all at one time.

When asked about the policy of a package return of the four islands, which the League of Residents of Chishima and Habomai Islands (Sapporo City; composed of former residents) has advocated over the years, 51 of the respondents said the approach “should be revised,” 44 said it “should be maintained,” and five said “don’t know.”

When the 51 people who said that the policy “should be revised” were asked what kind of revision should be made, 42 said that “Japan should first achieve the return of Habomai and Shikotan Islands and then continue negotiations for the return of Kunashiri and Etorofu Islands.”

In the free response section, respondents offered various perspectives. A 76-year-old man from the Habomai Islands said, “Negotiations are not moving forward, and there needs to be a breakthrough in this situation.” A 79-year-old man from Etorofu Island said, “We can expect many benefits just from having Habomai and Shikotan Islands returned.”

A notable number of pollees hoped for a ripple effect for fisheries and the economy from the partial return of the islands. An 82-year-old man from the Habomai Islands suggested: “Having the two islands returned would expand our waters, and we would be able to catch more fish.” An 84-year-old woman from Etorofu Island said, “If things stay as they are, Nemuro City will decline because of the slow economy.”

Kyushu University professor Akihiro Iwashita of Hokkaido University’s Slavic-Eurasian Research Center says, “In past polls too, many respondents were amenable to the return of two of the islands as a first step, but I have the sense that this trend has strengthened.”

At that time, however, Governor Takahashi also said, “More than 70 years have passed since the end of World War II, and the people of Hokkaido, including the former residents of the Northern Territories, seek a practical resolution,” thus presenting a stance that does not insist on the package return of the islands. Waki also said, “If the two countries reach a conclusion in their negotiations, we will accept it.”

In his negotiations with Russian President Putin, it looks like the prime minister will strive to have the Habomai and Shikotan Islands returned first with the ultimate aim of having all four islands returned. He intends to encourage the return of Kunashiri and Etorofu by increasing the exchange of people. Waki has in effect approved this approach. 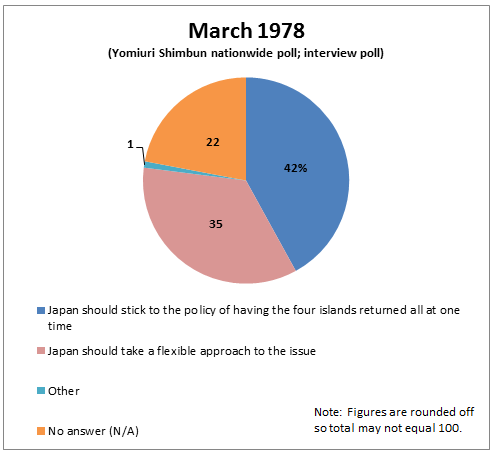 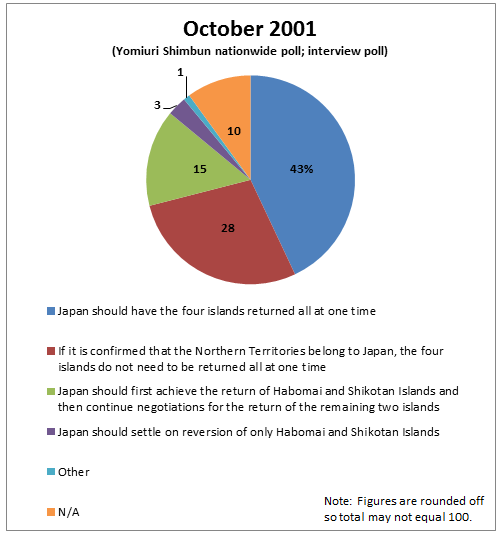 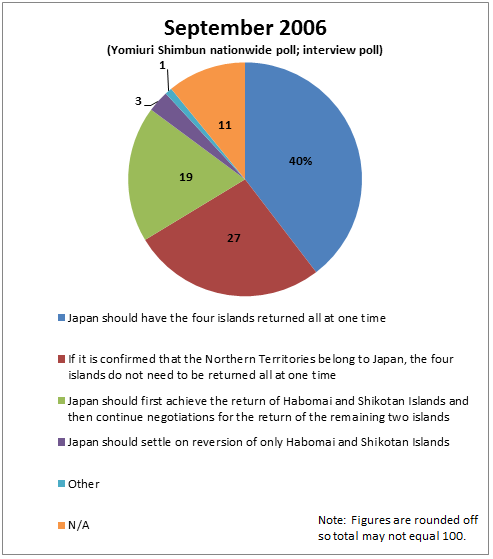 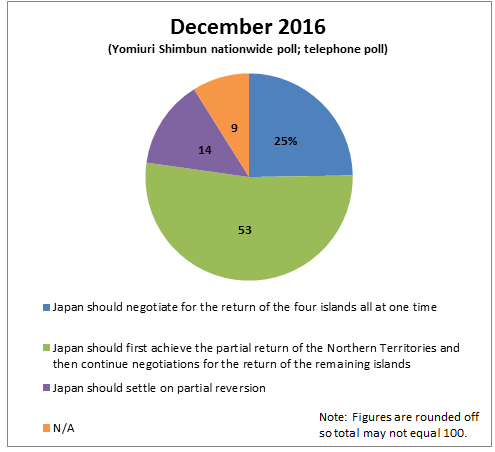