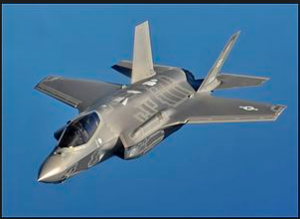 Amid growing military tension in the South China Sea, the incoming Trump administration is sounding out the Japanese government on purchasing as many as 100 F-35 state-of-the-art stealth fighters as a proof of the strengthening of the bilateral alliance.

The U.S. Marine Corps plans to deploy F-35s to the Marine Air Force Station Iwakuni beginning in 2017. The fighters will be carried by assault landing ships to conduct new operations such as attacking enemy bases on islands or shorelines. In the future, the planes will become capable of carrying B61 nuclear bombs, making them the centerpiece of U.S. nuclear deterrence. The fighter is aimed at significantly enhancing Japan’s deterrence and the U.S. military’s attack capability.

The government has already decided to purchase 42 F-35s. In addition, the administration is currently deliberating on replacing 100 of its 200 F-15s with F-35s. The F-15 is currently Japan’s mainstay fighter and the planes’ service lives are expiring. With an eye on Japan’s scheduled purchase of F-35s, the U.S. intends to export as many F-35s as possible to Japan at high prices.

On the other hand, the Defense Ministry’s plan is for the Japan’s first domestically produced X-2 “Shinshin” stealth fighter to become the successor of the F-15. This will cause the conflict between the ministry and Lockheed Martin, the primary U.S. manufacturer of F-35s, to intensify.

The F-35 was developed through coordinated efforts by nine allied countries including the U.S. and European nations, with Lockheed leading the project. The incoming Trump administration is actively promoting sales of F-35s as a multifunctional fighter to counter China and Russia, capable of conducting not only air-to-air combat but also air-to-ground attacks.

Furthermore, a Defense Ministry official made the surprising revelation that “the U.S. is secretly sounding out Japan about purchasing the F-35B variant.” At first, the Defense Ministry expected that the U.S. would try to sell the ground-based F-35A variant. However, Washington is now reportedly trying to sell the carrier-based F-35B variant in addition to the A variant.

The 42 F-35s that Japan has already decided to purchase are the A variant to replace the SDF’s F-4 Phantoms. If the Japanese government introduces the B variant, it “will fundamentally change Japan’s exclusively defense-oriented defense policy, which could develop into a significant political situation and rattle the Abe administration,” said a Foreign Ministry official.

This is because the B variant can in principle take off from aircraft carriers. If Japan modifies its assault landing ships or helicopter destroyers with flattops such as the MSDF’s Izumo, the F-35B will be able to take off from those vessels. If Japan becomes a military power in Asia with its four aircraft carriers carrying F-35B fighters, the media and the largest opposition party Democratic Party will criticize the administration for “threatening China.” A government official said, “PM Abe needs to make a political decision on whether Japan should purchase F-35Bs.”

For the first time ever, the U.S. Marine Corps plans to deploy F-35Bs to the Iwakuni Base to operate the fighters on assault landing ships. According to a source connected to the U.S. Forces Japan, the U.S. military will construct a pier at the Henoko Base in Okinawa where the assault vessels can be docked so that it will be able to conduct operations in the region from the East China Sea to the South China Sea.

Recently, the number of airspace violations by China is increasing. To counter this situation, it is indispensable for Japan to deploy new high-performance fighters for the defense of the Nansei Islands. In the meantime, the PLA air force indicates that it will use its self-claimed new fifth-generation stealth fighters. “Although F-15s have been serving the purpose of intercepting incoming Chinese airplanes, the fighters are not designed to attack enemy’s onshore ballistic missile bases,” said a former ASDF official. “The F-35 is the most desirable option for the ASDF, which is not allowed to have bombers.”

The UK, which used to be rather friendly toward China, drastically changed its stance after Prime Minister Theresa May took office. In fact, the UK issued a warning against China by flying its fighters over the South China Sea. UK Defense Secretary Michael Fallon announced that the Royal Navy will equip its new Queen Elizabeth aircraft carrier, which is set to be commissioned as early as this spring, with.F-35Bs and Ospreys.

The U.S. Defense Department is pursuing a secret plan to have its allies load tactical nuclear bombs on F-35s, which constitutes the use of nuclear weapons as an extension of conventional weapons. Japan is reportedly aware of the intention of the U.S.

The reason Lockheed Martin is risking the future of the company on the sales of F-35s is that the aircraft’s hefty development costs  increased significantly from the originally estimated $239 billion to $400 billion. This is because the company achieved the technological challenge of developing a plane that conduct both enemy base attacks and air-to-air combat. As a result, the aircraft price rose significantly. President-elect Trump has complained about the high price. (Abridged)