On Jan. 18, the Ministry of Health, Labour and Welfare (MHLW) announced the results of its statistical analysis on “marriage” based on Japan’s vital statistics through 2015. The MHLW analysis revealed that the age of marriage has risen for both men and women and that “remarriage” now makes up one-fourth of all marriages, a historic high since 1952 when comparable surveys started to be taken.

MHLW analyzes vital statistics on a different theme each year. This is the fourth time the theme has been “marriage.” 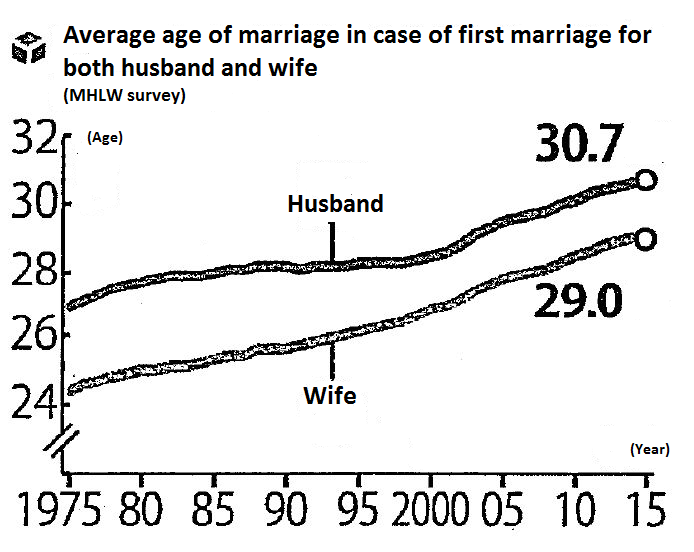