Harvard University graduate Kathy Tran won the Noma-Reischauer Prize last year for her senior thesis entitled “Rising to One’s Potential: Joshi Ryoku and the Power of Femininity in Japan.” Kathy fell in love with Japanese culture and anime when she was a child, and eventually travelled to Japan to study at Keio University. While dining out with friends one day she heard the term “joshi-ryoku” being mentioned repeatedly on a program being aired on the restaurant’s TV. Kathy asked her Japanese friends what it meant, but none of them could find the words to explain it accurately. But when she filled her friends’ glasses with water, they immediately exclaimed, “That’s it! That’s joshi-ryoku!” Kathy, who now works at a Japanese firm, told Asahi (1/22) that she was really confused at the time and eventually decided to investigate the meaning and background of joshi-ryoku for her thesis. 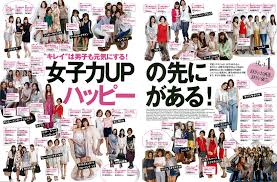 So what does joshi-ryoku really mean? The word began to appear in the media about 20 years ago, and today is used in everyday conversation. If you google it in Japanese, you’ll get more than 10 million hits. TV commercials, infotainment shows, books, women’s magazines, and social media are constantly encouraging women to improve their joshi-ryoku. If your joshi-ryoku is high, it generally means you are domestically inclined, have good housekeeping skills, are attentive toward others, and are always appropriately dressed. When you instinctively serve salad or pour drinks for others at a casual restaurant, you are exhibiting joshi-ryoku. If someone gets a cut and you instantly hand him a Band-Aid from your purse, that’s also joshi-ryoku. If your joshi-ryoku is high, you are likely to be more popular with Japanese men than women with low joshi-ryoku. One magazine published a special feature saying increasing your joshi-ryoku will make you “happy.” So it would seem that women in Japan are still expected to play this feminine, maternal role, and receive praise when they do, and perhaps make women who don’t feel very uncomfortable.

Asahi conducted over the past couple of months a survey asking its readers their views on the term joshi-ryoku. It turned out that half of both male and female respondents had negative views of the word. A female teenager wrote: “I was repeatedly told by my middle school teacher that my joshi-ryoku was low. This is gender discrimination in the guise of a trendy word. It is an extremely unpleasant word…. Having good housekeeping skills or being attentive is not something only required of women.” A woman in her 30s wrote: “Since the food at the company cafeteria isn’t good, I started bringing a lunch I prepared at home. Suddenly my male colleagues began telling me I make a good wife and that I have high joshi-ryoku…. All the things women do for their own pleasure are categorized as joshi-ryoku, as if they were for the benefit of their future husbands.” A man in his 30s wrote: “I am a man, but I cook and do housework on a daily basis. When I tell people this, they say I have joshi-ryoku. Even though we advocate gender equality, there is the public image that household chores should be done by women. I object to that.” 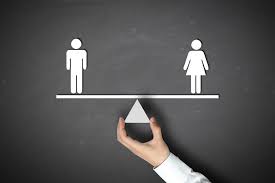 Nagoya City University Associate Professor Kikuchi wrote: “Many people feel that gender equality is growing in Japanese society as more women are entering the workforce nowadays. But use of the word joshi-ryoku shows that men and women are far from equal. Women are being dragged into the male-dominated world of long work hours, while still being expected to be good at household chores and child rearing, look pretty, and be sensitive to others…. Matsuri Takahashi, a Dentsu employee, took her own life because she was forced to work excessively long hours. Several days before she committed suicide, she tweeted that her boss accused her of lacking joshi-ryoku. Even a woman who was working as hard as an elite businessman was required to possess joshi-ryoku. Some young women who aspire to be housewives have a positive image of joshi-ryoku. They are trying to increase their joshi-ryoku as a way to survive this age of unstable employment and social security, because it is difficult for them to find other ways to survive…. Various social contradictions in Japan are being thrust upon women in the form of joshi-ryoku.”