40% of municipal mayors say reconstruction will not be completed by fiscal 2020, Mainichi Shimbun poll

The Mainichi Shimbun conducted a poll of the heads of a total of 42 municipalities in the coastal regions of Iwate, Miyagi, and Fukushima Prefectures, which suffered severe damage from the Great East Japan Earthquake. About 40% of the municipal leaders said they did not expect their municipality would be able to complete reconstruction projects by fiscal 2020, the government’s target date for completion of post-disaster reconstruction projects. The year 2020 is also the year of the Tokyo Olympic and Paralympic Games. The majority of municipal leaders who said their municipality would not be able to complete the projects were from Fukushima Prefecture, from which residents were forced to evacuate after the accident at the Fukushima Daiichi nuclear power plant. The survey revealed that reconstruction from the accident has not progressed. 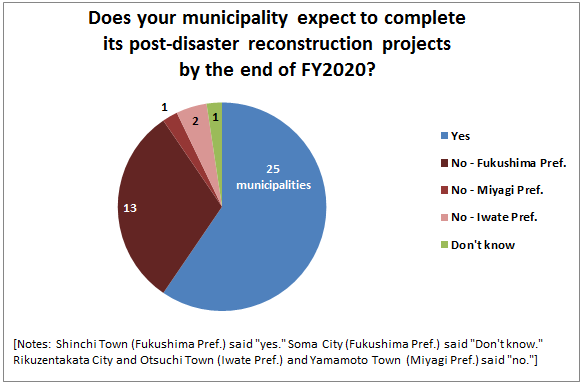 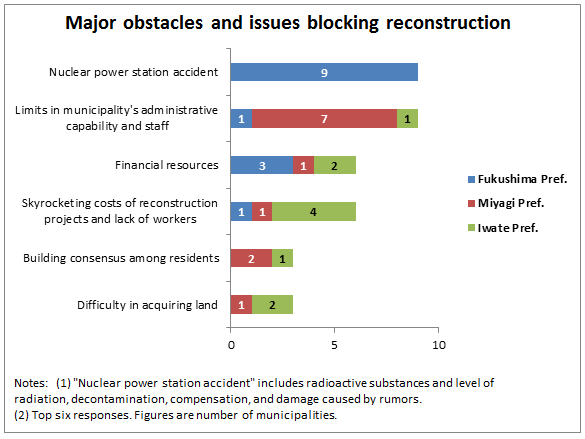 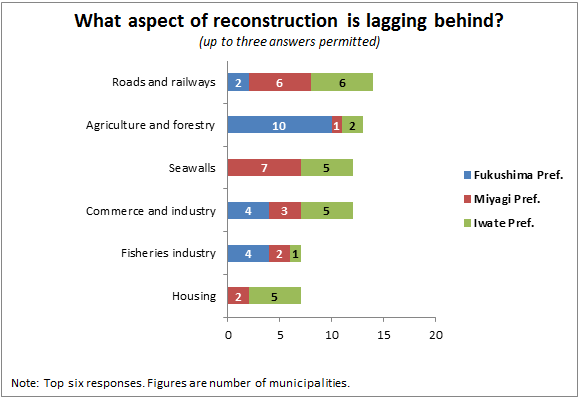