More companies are utilizing artificial intelligence (AI) and virtual reality (VR) technologies to prepare for and minimize the impact of natural disasters. The use of these cutting-edge technologies is expected to mitigate damage from disasters through close cooperation with local governments in supporting evacuation and rescue efforts before and after earthquake disasters. 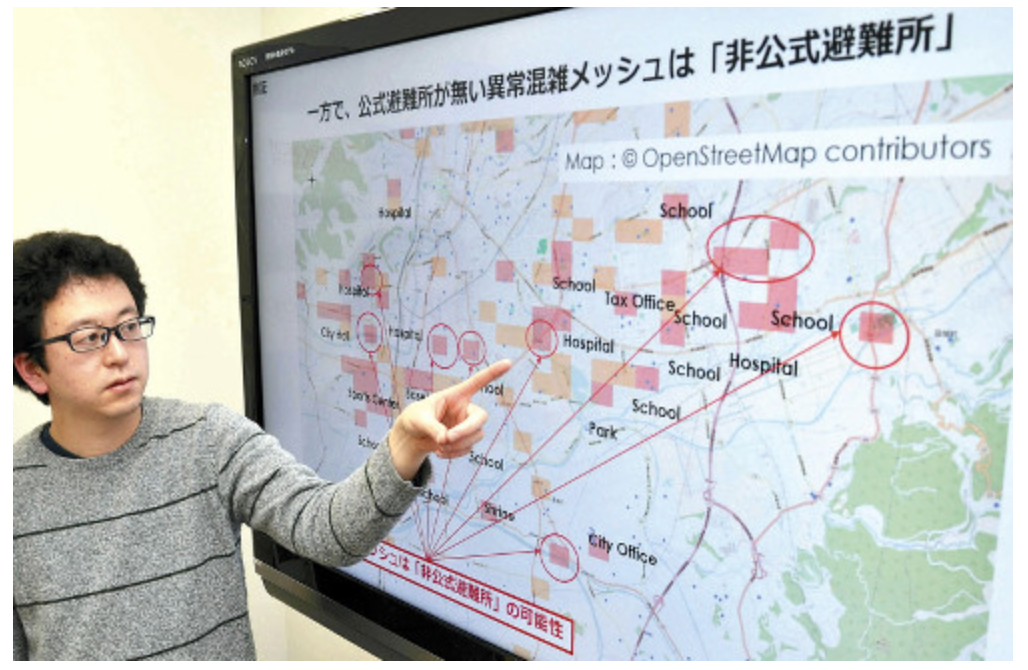 Last year, Yahoo and Tokyo University jointly developed a system that maps where large numbers of evacuees are gathered, making it possible to visualize where people are concentrated in an emergency by using red squares on a special map. The system’s AI accesses geolocation information from users smartphones with Yahoo’s disaster prevention app installed on them.

Many evacuees end up going to places that are not designated as evacuation centers due to the chaos and confusion during disasters. It takes one to two hours for this technology to gather and analyze the data. Local governments will be able to use this information to confirm the safety of residents and provide relief supplies.

NTT is developing a system that uses AI and GPS to forecast traffic congestion during disasters. By predicting various evacuation routes, the most likely congested roads will be indicated on evacuees’ smartphones, enabling them to avoid traffic jams. “The system will simultaneously monitor traffic conditions and forecast congestion, allowing for real-time response to the flow of people,” explains the system’s developer. NTT aims to commercialize the technology by 2020.

Progress is also being made in disaster prevention drills and forecasting technologies.

JR West and KDDI have jointly developed training software for train drivers that use VR glasses. Trainees conduct disaster response exercises using simulated footage of operations of the Ise Line (Wakayama prefecture), which is predicted to be the hardest hit railway in the event of a Nankai trough earthquake. This simulation exercise is designed to help train operators to make appropriate decisions to effectively guide passengers to safety.

NTT Docomo is developing a landslide detection system that uses Internet of Things (IoT) technology. Numerous piles equipped with sensors will be driven into the hillsides, and the sensors will be monitored for tilts and other abnormalities. Landslide forecasts will be used to help local residents evacuate. A pilot program of the software is underway Nishihara in Kumamoto Prefecture, an area that was affected by the Kumamoto earthquake.