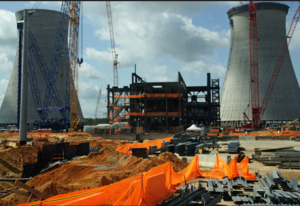 Friday evening’s Yomiuri gave top coverage to the disclosure by a source involved in internal discussions at the Commerce Department that the Trump administration is opposed to Toshiba’s idea of filing for Chapter 11 bankruptcy for its U.S. subsidiary Westinghouse out of concern that it would result in the dismissal of thousands of workers. Senior Commerce Department and Energy Department officials are also reportedly worried that Toshiba’s possible sale of Westinghouse shares would be construed abroad as a failure for foreign investment in the U.S. They fear that this could discourage foreign businesses from investing in the U.S. at a time when President Trump is keen to create jobs at home by attracting foreign capital. According to the daily, the U.S. is annoyed by Japan’s apparent failure to recognize the significance of the Toshiba debacle, as evidenced by Deputy Prime Minister Aso’s remark on March 10 that Toshiba should decide this month whether to file for Chapter 11 bankruptcy. The source said the issue could become a major test of U.S.-Japan economic cooperation, noting that it might have an adverse impact on the upcoming bilateral economic dialogue in April if it is not handled properly. The daily said on Saturday that Toshiba’s business restructuring could be affected if Washington steps up its opposition to Chapter 11 bankruptcy for Westinghouse.

Saturday’s Nikkei said that in addition to the Westinghouse issue, Toshiba’s plan to deconsolidate its flash memory operations is a source of concern for both governments because if the unit is sold to foreign customers, core IT technology that is used for military purposes may end up in the hands of unfriendly nations, such as China. Since Chinese and other foreign firms are reportedly interested in the state-of-the-art nuclear energy technology possessed by Westinghouse, some USG officials are afraid that a foreign buyout of the troubled nuclear plant manufacturer would undermine national security interests by allowing the proliferation of expertise related to plutonium.

Noting that Commerce Secretary Ross and Energy Secretary Perry both discussed the Toshiba issue with Trade Minister Seko last week, Asahi said the unusual references to the management of a private enterprise by U.S. cabinet members indicates the Trump administration’s keen interest in the fate of Westinghouse. Mainichi said the Trump administration is concerned that a Westinghouse bankruptcy could derail its two ongoing nuclear reactor construction projects in South Carolina and Georgia.

Sankei wrote that the Energy Department has guaranteed $8.3 billion of debt for the Georgia plant, explaining that a Westinghouse bankruptcy would not only result in local unemployment but also force the USG to take on huge debts and affect electricity supply plans.

Sankei said in a separate article that public funding may be used to infuse capital into the flash memory operations that Toshiba is expected to spin off amid speculation that Chinese companies may try to purchase them. Because the Japanese government is concerned that the nation’s key IT technology would be transferred to China, the Development Bank of Japan and the GOJ-financed Innovation Network Corporation of Japan may join forces with U.S. investment funds to buy out the flash memory unit, which will be auctioned in the near future. While claiming that the USG has conveyed to the GOJ that the business should be sold to a Japanese consortium, the paper said the Japanese government’s excessive involvement could constrain the business restructuring plan formulated by Toshiba.