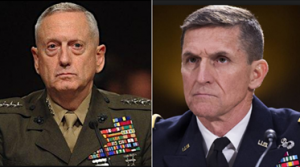 Sunday’s Yomiuri published a column by its chief Washington correspondent praising Secretary of Defense Mattis and former National Security Advisor Flynn for heading off the possible derailment of the U.S.-Japan alliance even though they are believed to have little policy expertise on Asia. The columnist claimed that the two former generals successfully persuaded President Trump not to follow through with his strong campaign rhetoric against Japan on the security front. The writer conjectured that as experts well versed in global affairs, the two retired generals quickly recognized the importance of the trans-Pacific alliance in maintaining peace in the Asia-Pacific region even though they had no working experience in the region. The reporter called for Japan to cultivate ties with more U.S. military officials in order to reinforce the bilateral alliance.