The number of foreign workers in Japan has surpassed one million for the first time. The government, citing the labor shortage, has been actively courting highly skilled workers from overseas, but in reality there has been an influx of unskilled foreign labor under the pretext of the Technical Internship Program (TIP). This improvisational response will eventually lead to various immigration issues. To what extent should Japan accept foreign labor? 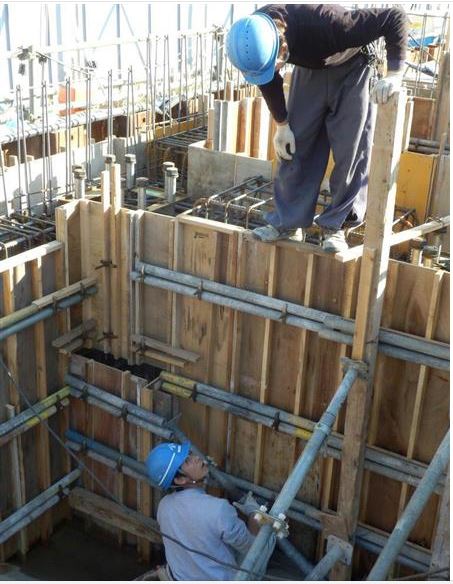 Many Japanese think Japan does not accept foreign workers, but this is not actually true. According to data released in January by the Ministry of Health, Labor and Welfare, 1,083,769 foreign workers were registered in Japan as of the end of 2017, marking a 19% increase on the previous year and a new record for the fourth straight year.

Japan is facing a serious labor shortage amid its shrinking and aging population, with a 22% decline among the young population under 34, and a 43% increase in people over 60 in the last 15 years. The dire shortage of the young working-age demographic is making it difficult for Japanese employers to fill vacancies.

The government has taken the official position of only providing work visas for specialized occupations, but has adopted various policies, such as the TIP, that allow the employment of manual workers. The labor shortage is especially severe in the construction sector, where demand has spiked ahead of the 2020 Tokyo Olympics. Compared to its peak, the number of construction workers has dropped by about 25% or 1.7 million, creating a chronically labor-strapped industry. The government hopes to raise the employment cap for overseas construction workers.

TIP has long been associated with issues of labor abuse, including unpaid wages and inadequate working conditions, prompting human rights criticism from the U.S. State Department. What is troublesome about this is that this program is run by the Japanese government.

If it becomes widely known that the government has been turning a blind eye towards egregious labor violations in working environments under its direct supervision, it could potentially be exploited in international politics. Japan must not forget how it has repeatedly undermined its national interests under similar situations.

Meanwhile, Japan’s struggle to deal with its labor shortage is very real, especially in the 35 to 59 age group, which comprises the core labor force in the business community. This demographic is predicted to drop another 26% in 20 years. Previously, the labor crunch was only among the young. In the future, however, the shortage will affect the core economic engine, possibly compromising national growth.

To resolve Japan’s labor shortage, the government can: (1) accept foreign workers, (2) put more Japanese women and the elderly to work, or (3) innovate to improve productivity. Although the government has historically opted for the first option, the external factors surrounding labor have been radically evolving.

Artificial intelligence (AI) would be a viable option under these circumstances. An economic slowdown caused by a labor supply shortage could be avoided if the labor freed up by AI could be reallocated to labor-strapped industries. Conversely, if AI is not actively used in a world ever-eager to employ the technology, it will become increasingly difficult to achieve high growth amidst global competition. Japan would be better off leveraging AI to combat its worker shortage than accepting more foreign labor.

However, AI comes with its own set of challenges. The introduction of AI in companies will change the traditional scope of work, necessitating a redefinition of corporate organizational structures. This adjustment of norms will spill over into the greater labor market, requiring more fluid turnover. The Japanese public, however, have always had a strong aversion to this kind of job mobility, and this resistance could weaken Japan’s momentum to embrace AI.

Japan’s dire shortage of labor could directly compromise its national strength. It is no longer acceptable to let the government continue its improvisational handling of the issue. It would be putting the cart before the horse if Japan’s aversion to change slowed the introduction of AI and resulted in additional employment of overseas labor.