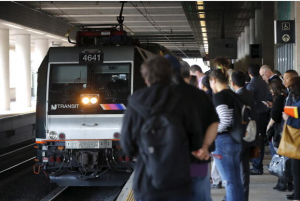 Mitsubishi UFJ Lease & Finance will debut a railway and rail car maintenance business in the U.S. via a joint venture with The Greenbrier Companies as early as summer.

The Mitsubishi UFJ Financial Group unit will spend more than $1 billion for the deal with Greenbrier, the second-largest manufacturer of freight rail equipment in the U.S.

MUFG will establish a 50-50 venture with a Greenbrier subsidiary that currently undertakes leasing and rail car management as well as buy 6,000 new rail cars from the Oregon-based company over the next few years. MUFG aims to quintuple its U.S. rail car fleet to 25,000 units, including old and new cars.

Management of MUFG’s U.S. railway fleet will be transferred from Greenbrier to the new venture. The Japanese banking giant began leasing rail cars in the U.S. in 2014, and MUFG hopes that adding maintenance to its operations will help expand the company’s business in the country.