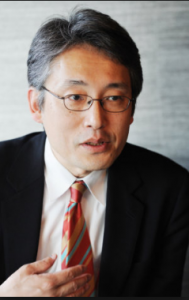 North Korea’s latest ballistic missile launch was a political message to the ministerial meeting of the UNSC on the North Korean issue [held on April 28]. The DPRK timed the launch to coincide with the opening of the meeting. Specifically, the message was sent to not only the U.S. but also China, which had reportedly notified Pyongyang that it would slap its own sanctions on North Korea if the DPRK took further provocative actions.

However, North Korea stopped short of conducting a nuclear test or firing an intercontinental ballistic missile (ICBM) for the first time. This is probably because it wanted to avoid taking a great risk in view of the growing tension that saw the conduct of joint drills by the USS Carl Vinson strike group and the Self-Defense Forces.

Therefore, it can be said that the Trump administration’s enhanced pressure with “all options on the table” including a military option has been effective to a degree. However, the pressure has not been effective enough for the DPRK to abandon its nuclear and missile development.

However, if the concerned countries focus only on dialogue without pressure, they will be taken in by Pyongyang’s ploy. Japan, the U.S., and South Korea, while undauntedly applying pressure on the DPRK over its provocative acts, need to keep channels of dialogue open and continue urging Pyongyang to change  course.