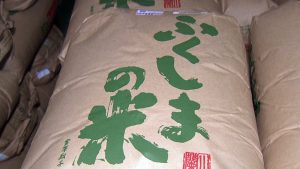 NHK’s “Close-up Gendai +” reported that although six years have passed since the nuclear accident in Fukushima, the volume of rice production in the prefecture has dropped to 75% of the level before the nuclear accident, mainly due to harmful rumors. All Fukushima-grown rice is reportedly tested for radiation and no rice has exceeded the permissible level since 2015. However, prices for Fukushima rice are set below the national average and a lot of it is used for animal feed or distributed to wholesalers without identifying its origin. The program said people in Japan need to be more aware of the rigorous screening of Fukushima’s rice and other agricultural products.