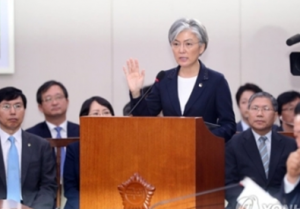 Most papers reported from Seoul on a parliamentary hearing for South Korean Foreign Minister-nominee Kang Kyung-wha, who criticized the comfort women agreement with Japan by saying: “The core issues are victim-centered legal responsibility and compensation. Since these elements were ambiguous, I suspect the pact may have been insufficient.” The former UN Secretary General advisor also said the document is “not legally binding,” and called for dialogue with Tokyo to discuss the matter. However, she also stated: “It’s a fact that the agreement exists. The practice of the international community is to honor an agreement.”