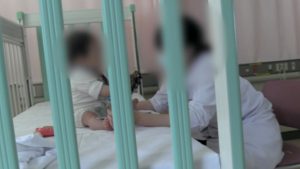 NHK’s “Close-up Gendai+” reported that the number of child abuse cases in Japan is rising and many children who are admitted to the hospital because of parental abuse are forced to stay there even after they recover because they have nowhere to go. Some of these children have been hospitalized for as long as nine months. The program said although such children usually return to their parents or are placed in foster homes or orphanages, the network found that there were 356 children in 2015 and 2016 who could not immediately be discharged from the hospital. Some hospitals have been unable to treat other children in need of medical care because they had to take care of such children. The program said one of the reasons for this phenomenon is that child consultation centers, which work as mediators between children and parents, foster parents, and orphanages, are understaffed. The program also pointed to a shortage of foster homes and orphanages in Japan.