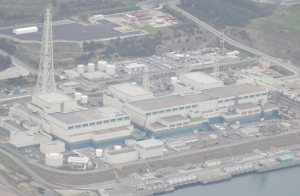 The Nuclear Regulation Authority (NRA) looks set to grant permission for Tokyo Electric Power Co. (TEPCO) to restart the No. 6 and No. 7 reactors at its Kashiwazaki-Kariwa Nuclear Power Plant in Niigata Prefecture, it has been learned.

At a meeting on Sept. 6, the NRA discussed whether or not TEPCO is fit to restart the plant — with none of the meeting attendees ruling out the firm’s eligibility. The technical screening process has almost finished, and the nuclear watchdog is set to compile a report stating that TEPCO has met the new safety standards.

This is the first time that TEPCO, which was behind the accident at the Fukushima No. 1 Nuclear Power Plant in 2011, has been forecasted to clear the new standards for nuclear power plants. In addition, it is set to be the first time for boiling water reactors, like the ones at Fukushima, to meet the necessary criteria.

For TEPCO, the restarting of the Kashiwazaki-Kariwa plant is a key way to recover earnings. However, Niigata Gov. Ryuichi Yoneyama wants to put priority on verifying the cause of the Fukushima disaster first, before giving a green light to the restart of the Kashiwazaki-Kariwa plant. According to Yoneyama, the verification process will take “three to four years,” and therefore, the utility cannot expect an early restart, even if the reactors clear the NRA screening process.

In September 2013, TEPCO applied to have No. 6 and No. 7 reactors at its Kashiwazaki-Kariwa plant screened under the new standards. Consequently, the NRA set about checking the application intensively — recognizing this as the model for boiling water reactor screenings.

During the screening process, multiple changes were made to given conditions such as the possibility of ground liquefaction in costal levees at the plant.

Furthermore, it emerged in February this year that TEPCO had submitted false reports to the NRA about a quake-proof building, which would be used as the command and control hub in case of an accident, even though company officials knew that the building was insufficiently earthquake resistant. As a result, the NRA summoned then TEPCO President Naomi Hirose, and asked him to overhaul the screening application form. Hirose complied and TEPCO resubmitted the form in June.

While conducting the screening, the NRA focused on the fact that TEPCO had caused a major accident (in 2011), and demanded that TEPCO submit its thoughts regarding plant safety, as well as its approach toward decommissioning the Fukushima plant.

The NRA also interviewed senior TEPCO executives including President Tomoaki Kobayakawa, twice, in what can be regarded as a much more stringent screening process than for any other nuclear plant.