In the nation of The Tale of Genji, youths losing touch with written word 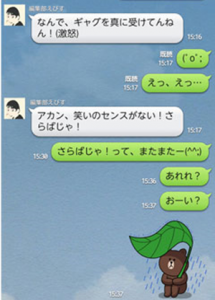 Haruka Suda (18) begins her day by checking her smartphone and responding to the messages she’s received overnight. She frequently types the character “り” in her LINE conversations. “It’s short forりょうかい (Got it),” she explains. “It’s enough to convey the meaning. Writing sentences is too much trouble.” This anecdote was cited by Yomiuri (2/1) to demonstrate the decline in the linguistic ability of youths in a nation where brevity is not necessarily equated with wit. The results of the 2015 PISA exam, which is administered by OECD every three years to evaluate education systems worldwide by testing the skills and knowledge of 15-year-old students, showed that Japanese youths’ reading ability dropped from fourth to eighth place from three years ago.

Last year Toda City in Saitama conducted a survey to evaluate the reading comprehension of its middle school students. The results dismayed education board officials and teachers: one out of four students scored below the baseline for reading proficiency. For instance, only 45% of them chose the correct answer to the following question that was posed in Japanese: “Alex is a nickname for both male and female names. It is a nickname for the woman’s name Alexandra and the man’s name Alexander. Which of the following four responses is correct? A nickname for Alexandra is — A: Alex; B: Alexander; C: male; D: female.”

“We were shocked that so many students lacked the necessary reading comprehension skills,” says the city’s top education official. “With this level of skill some of them may not even be able to understand their class assignments.”

University students’ reading comprehension skills are equally dismal, according to Shinji Oto, who has taught at several colleges. “Today’s college students use the same kinds of sentences in their essays and exams as they use in social media and personal notes,” says the scholar. “They can’t understand sentence structure, let alone recognize the main ideas of a passage. They have difficulty managing and organizing their own thinking.” He explains that many students nowadays are accustomed to writing extremely short messages on Twitter, LINE, and other social networking sites, and they rarely read dense texts or write substantial reports. The academic asserts that there are very few university students who are able to retrieve and organize deeply embedded information from text or graphs. A Hokkaido University lecturer mentions that some of his students exhibit “attention deficit” in class because of their preoccupation with messages on their smartphones. 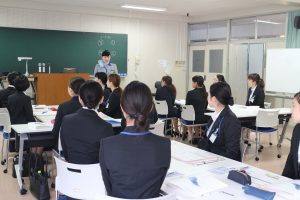 Yomiuri writes that the lackluster literary skills of teens and those in their 20s may be having an adverse effect on Japanese businesses, noting that one of employers’ biggest complaints about young employees is that they can’t read and write well enough to understand clients and consumers’ needs. One Nagoya company reportedly decided to require its employees aged 25 or younger to read one book and write a report on it each month, and a major insurance company put together for young employees a list of tips on how to write letters and emails to their coworkers and clients. Dozens of Japanese firms have reportedly reached out to a Shizuoka-based online education service company that is known for providing highly effective essay writing courses to college applicants, asking for the curriculum to be customized for young company employees. All Nippon Airways requires its new employees to take Japanese proficiency exams. “In order to enable young people to acquire high-level communication skills and recognize that problems with reading and writing will hamper them professionally,” says a senior ANA executive, “modern management has to provide them with opportunities to read and write.”

Yomiuri attributes the poor literary skills of young people to their propensity to steer clear of reading books perhaps because it is so much easier to read more succinct material on their smartphones. A survey conducted in 2015 by the National Federation of University Co-operative Associations found that over 45% of college students in Japan spend “zero” time reading books each day. In another poll that targeted high school students in 2016, some 57% said they read less than one book a month, up 12 points from 2013.

Experts say students can improve their language skills by spending less time using smartphones and more time reading books and writing reviews. Yomiuri highlights efforts by bookstores and publishers to inspire youths to read printed material by organizing “biblio-battles” for high school and college students in which bibliophiles give presentations on why they think everyone should read a certain book. At the end of the battle, the audience votes on which book they would most like to read. This type of event is becoming increasingly popular, with more than 1,200 battles being fought last year nationwide. Yomiuri also reports on teachers’ growing use of newspapers in the classroom as a way for students to hone their reading and writing skills, explaining that newspaper articles are excellent for familiarizing readers with sentence structure and logic.