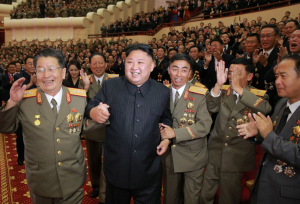 All Sunday papers reported on the 69th anniversary of North’s Korea’s foundation on Sept. 9. Kim Jong Un sent a warning to the U.S. through North Korean state media by declaring that the DPRK has become an “invincible nuclear power.” North Korea’s official media reported that Kim received a congratulatory message from Russian President Putin, but there have been no reports of Kim receiving a message from Chinese President Xi. Nikkei speculated that Pyongyang kept quiet on the anniversary in order to gauge developments in the UN on a fresh sanctions resolution on the DPRK.