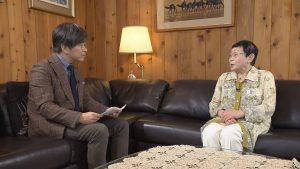 NHK’s “Close-up Gendai +” reported on Sugako Hashida, one of Japan’s most popular TV screenwriters. Hashida, who turned 92 this year, recently caused a stir by openly declaring that she wants to die by euthanasia, which is prohibited by law in Japan. In her latest book, she wrote that since she has no family, she should have the right to choose euthanasia in the end because she does not want to cause trouble for others. She said that when people age, they become consumed by anxiety about how they will end up dying, explaining that having the option of euthanasia can help ease their anxiety. The program also reported on Switzerland, where euthanasia is legal, and other people in Japan who are hoping that euthanasia will be legalized in their nation.