TOKYO — Prime Minister Shinzo Abe is walking back his goal of achieving a primary surplus in fiscal 2020. But it remains to be seen how far Abe is willing to extend that target, and whether the fiscal hard-liners or the doves will prevail. 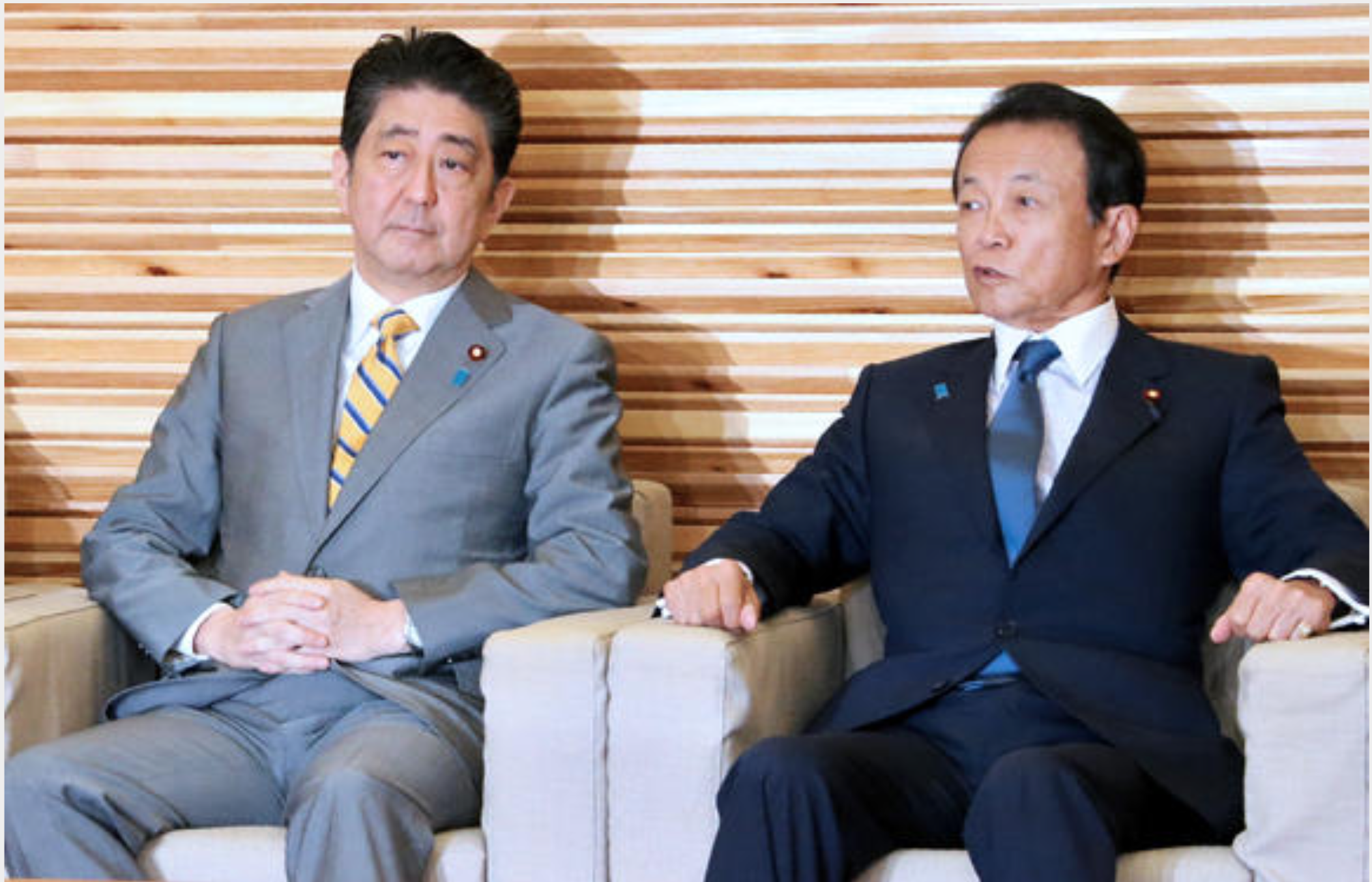 Japan’s primary balance indicates the ability of the national and local governments to offset spending with revenue without relying on debt. Even by the most generous official estimates, moving the primary balance into the black by March 2021 appears to be wishful thinking.

According to figures released by the Cabinet Office in July, Japan will still sustain a primary deficit of 8.2 trillion yen ($73 billion) by that date. That assumes the gross domestic product expands by an annual nominal clip of 3%, or 2% in real terms.

The appraisal also priced in the extra receipts generated by the consumption tax, whose rates are slated to climb to 10% in October 2019.

The grim outlook has seemingly prompted Abe to formally announce Monday that his government has started work revising balanced budget targets. A new road map is due next summer.

Push it back two years or five

Currently, two rough scenarios are taking shape. One sees half of the extra revenue from the consumption tax hike earmarked toward massive new expenditures sought by Abe, primarily those covering free education. The other half will be used to curb new debt.

This forecast takes into account an effort to limit the natural increase in social insurance spending to 500 billion yen per year until fiscal 2018 amid a graying society. There is also the assumption that the upper bound would be maintained past that year.

The Council on Economic and Fiscal Policy, the government panel chaired by Abe, writes that annual public spending throughout all of Japan could be limited by 1.4 trillion yen to 1.5 trillion yen under the status quo. With the central and local governments reining in spending increases substantially, the country will reportedly achieve a primary surplus in fiscal 2022.

One staunch proponent of such a time frame is Finance Minister Taro Aso. “We must create a target that falls on either fiscal 2022 or fiscal 2023,” he told reporters Tuesday.

However, another balanced-budget scenario presumes that all of the extra consumption tax receipts would go toward Abe’s targeted social spending. The growth in entitlement spending would also swell starting fiscal 2019. Against that backdrop, Japan would not realize a primary balance surplus until fiscal 2025.

Both the fiscal 2022 and fiscal 2025 deadlines hinge on the real economy expanding 2% annually. The GDP has grown for six straight quarters as of the three months ended June. The annualized, seasonally adjusted GDP grew 2.5% on the year in the April-June quarter.

However, Japan’s potential growth rate wallows at 1%, Cabinet Office estimates show. The figure casts serious doubts on whether the economy can continue growing at an average 2% pace — and whether a primary surplus can be achieved by the proposed new target date.

Since the stated primary balance goal also acts as a pledge to the international community, both the Ministry of Finance and the Cabinet Office seek to minimize the delay. On the other hand, officials connected to the prime minister’s office prioritize stimulating the economy. As a result, debate surrounding fiscal health abounds.

Under current rules, Abe could serve as president of the ruling Liberal Democratic Party — and accordingly as prime minister — until September 2021. That places both balanced budget goals on the laps of his successor, which opens up Abe to accusations that he is passing the fiscal buck. But the current economic climate and historically low interest rates will likely cut the debt-to-GDP ratio, which Abe could use to parry those criticisms.