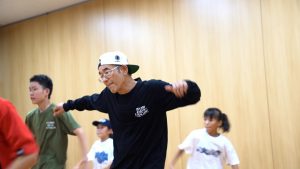 NHK’s “Close-up Gendai +” reported on how hip-hop dancing is becoming increasingly popular among people in their 40s, 50s, and 60s. According to a study released this summer in Japan, older people’s agility returns to the level of those in their 20s when they dance to the strong beat of hip-hop music. As a result, hip-hop dance is expected to help prevent falls and promote safe driving among the elderly.