LDP in bind with opposition parties at loggerheads

The Liberal Democratic Party (LDP) is in a bind because “the opposition parties are at loggerheads.” The Constitutional Democratic Party of Japan (CDPJ) is the main opposition party in the Lower House while the Democratic Party (DP) is the main opposition in the Upper House. This means that the LDP must consult with different parties to set the Diet schedule. Relations between the CDPJ and the DP are poor, and there are cases where the LDP is acting as go-between, relaying information between the two opposition parties. The LDP “profited” in the Lower House election from the breakup of the DP, but since its landslide victory the LDP has faced a situation that is well beyond its expectations. (Abridged) 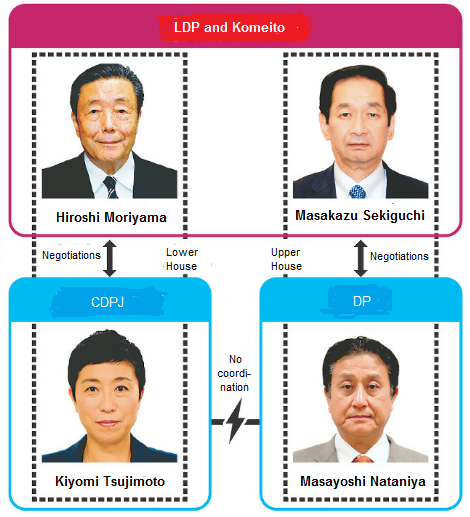