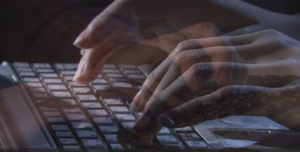 NHK’s “Close-up Gendai+” took up the rapid spread of cyber harassment, stressing that users of social media platforms such as Twitter, Facebook, and Instagram can easily become engaged in hostile and insulting interactions with other Internet users on such public forums as discussion boards and chat rooms. The program reported on several victims, one of whom committed suicide in the face of relentless Internet bashing. Cyberbullies react to messages and images posted by unknown social media users, and harm, humiliate, and intimidate them by posting offensive and nasty messages sometimes accompanied by unsubstantiated information about the victims.

Cyber harassment has reportedly increased as online news aggregators gather popular stories for a wider audience often without verifying the facts. Many cyberbullies are good at unmasking the identities of social media users and will reveal their names, addresses, phone numbers and other personal information without a moment’s hesitation. “By participating in bashing SNS users on the Internet, I am able to experience and confirm the kind of bonds with other people that I can’t enjoy in real life,” said one cyberbully. “I don’t think I’m doing a bad thing.”  An expert stressed the importance of “netiquette education” to teach Internet users appropriate and courteous online conduct. He also called for legislation to hold malicious Internet users accountable for cyber harassment.