Abe stresses importance of ratcheting up pressure on Kim dynasty 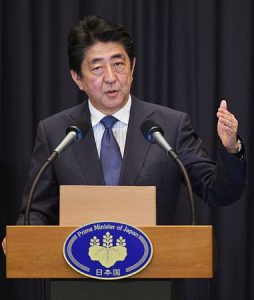 All papers took up Prime Minister Abe’s press conference in Manila on Tuesday, during which he commented on his tour of Vietnam and the Philippines for several regional summit meetings, including ASEAN and TPP. Insisting that North Korea’s nuclear and missile development was the most important item on the agenda for his visit, the premier emphasized that he was able to share with regional leaders an “unprecedented level of concern” about the DPRK. He vowed to deepen cooperation with China to achieve peace and stability in the region. Speaking on the recent agreement among the TPP members on the core elements of the regional free trade deal, the prime minister said the 11 TPP members took a “powerful first step” toward building a new economic order in the 21st century.