Secretary Ross says effectuation of TPP would be “tough” 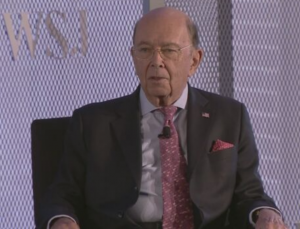 NHK reported this morning that Secretary of Commerce Ross expressed the view that it would be difficult for the TPP members to effectuate the agreemnent without the U.S. Secretary Ross was quoted as saying at a meeting in Washington on Tuesday: “I think it’s going to be tough for them to do that because the real bait for everybody was access to the big U.S. market.” The network said the Secretary reiterated the view that the U.S. will promote bilateral trade agreements, saying that “the problem with multilateral trade deals is that it takes time.”