For Japanese youths, LDP is “liberal” in name and reality 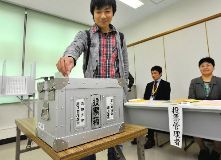 Exit polls conducted by NHK showed that 50% of voters in their 20s and 42% of those in their 30s voted for the Liberal Democratic Party (LDP) in the Oct. 22 general election. These numbers are high compared with those of older voters; only 36% of those in their 40s, 34% of those in their 50s, 32% of those in their 60s, and 38% of those 70 and older picked the LDP. Toyo University Professor Katsuyuki Yakushiji is studying the reasons behind young voters’ strong support for the LDP. The scholar speculates in an analysis published on Toyo Keizai online (10/31) that people in their 20s and 30s have little empathy for opposition parties’ aspirations for power because they remember the Democratic Party of Japan’s “poor handling” of such key issues as Futenma relocation and the Great East Japan Earthquake during the three years it was in power from 2009 through 2012. One of his students says: “The failure of the Democratic Party of Japan left a strong impression on me. Although several new parties were created ahead of the Lower House election in October, I have doubts about their abilities to cope with such pressing national issues as fiscal rehabilitation, the aging population, and ballooning social security costs. Also, I’m tired of seeing opposition parties split up and get back together for the sake of their own political interests rather than the national interest. That’s why I voted for the LDP.” Pointing out that people in their 20s and 30s grew up during a period of prolonged economic stagnation, Yakushiji argues that it makes sense for young people to opt for the status quo with a stable government that has the ability to govern because they are more worried about their future job prospects and social security than the ideological concerns of their parents and grandparents’ generations. 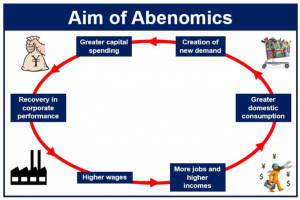 Business Insider Japan, the Japanese version of the American news website Business Insider, also contends that economic issues and job security are major concerns of young Japanese. “My brother got a good job after graduating from college two years ago,” says a 21-year-old university student. “Stock prices have been on the rise, corporate performance has been improving, and wages have been growing since the implementation of Abenomics. I hope the current seller’s market for jobseekers will continue so I can get a good job too. I can’t see any reason why young people would want the Abe administration to end. People of older generations may say, ‘Let’s give the opposition parties a try. We can replace them if they fail.’ But a failure of the government would have a grave impact on our future even if the party only stayed in power for a few years.” Another student expressed the view that Japan’s neighbors took advantage of the “weak government” led by the Democratic Party of Japan (DPJ), resulting in South Koreans landing on Takeshima and Chinese ships intruding into Japanese waters around the Senkaku Islands. He believes that Prime Minister Abe will respond firmly to the South Koreans and Chinese. 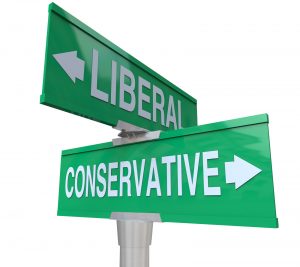 Ryosuke Nishida, associate professor at Tokyo Institute of Technology, contends that Japanese youths are free from an ideological mindset and have perceptions of the ideological spectrum different from those of older people. According to a joint survey by The Yomiuri Shimbun and Waseda University from July through August of this year, many people aged 40 and younger regard the LDP as “liberal” and view the Japanese Communist Party and the Democratic Party (DP) as “conservative.” This is the opposite of the traditional view of the older generation. For young people, the LDP seems “liberal” because it pursues such reform-minded policies as constitutional revision, work-style reform, and women’s empowerment. In their eyes, however, the Communist Party seems “conservative” due to its adherence to narrow-minded Communist ideas. The DP also seems “conservative” to them because of its categorical objections to the security and other policies adopted by the LDP and its close ties to Rengo, a labor union that mainly caters to employees at major firms but doesn’t pay much attention to the many temporary workers who have a real need for support. Nishida also points out that the main sources of information about politics and other issues among Japanese youth are the Internet and social media, which may offer views that differ from those discussed in newspapers or on TV. Meanwhile, their parents and grandparents are probably still dependent on conventional print and broadcast media, which are often critical of the incumbent government. This may be contributing to the gap in political perceptions between the younger and older generations and making it difficult for young people to understand the older generation’s “rebellion” against the status quo.