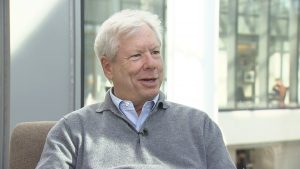 NHK’s “Close-up Gendai+” reported on the so-called “nudge theory” developed by U.S. economist Richard Thaler, who won this year’s Nobel Prize in Economics for his work on behavioral economics. The program said that Professor Thaler’s theory is based on the human tendency to lack self-control and make decisions that are not the most advantageous. Professor Thaler believes that by taking advantage of human nature, people can easily be “nudged” into making better decisions. The Ministry of the Environment is reportedly launching a nationwide project using the nudge theory in which it will send reports indicating above-average electricity consumption to relevant households in order to promote energy conservation.