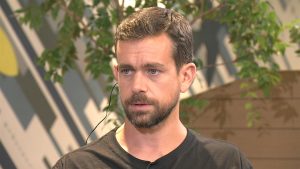 NHK’s “Close-up Gendai +” reported on its interview with Twitter CEO Jack Dorsey, who is currently visiting Japan. The program said Twitter has been criticized in Japan as the “dark side of social media,” adding that a man who was arrested for his involvement in the murder of nine people in Zama used Twitter to find his victims. The program also said many people are falling victim to “hate tweets.” Dorsey said Twitter needs to make sure that the platform is used in a healthy manner. But he also stressed the importance of allowing Twitter users to be anonymous because it allows them to speak freely without fear of being arrested by the governments of some countries. The program said the GOJ is having difficulty regulating hate tweets as it also needs to take freedom of speech and expression into consideration. The program also reported on the frequent use of Twitter by President Trump. Dorsey said although he generally is not supportive of the President’s policies, he stressed the importance of the platform in enabling people to directly hear from national leaders.