With North Korea repeating nuclear tests and firing ballistic missiles, we have for many years proposed holding dialogue. But the Kim regime never desisted from its nuclear and missile development. To begin with, we must reflect on the U.S.-North Korea deal of 1994 and the Six-Party agreement signed in 2005. It is necessary to apply pressure on the regime through the economic sanctions that the United Nations Security Council has adopted. 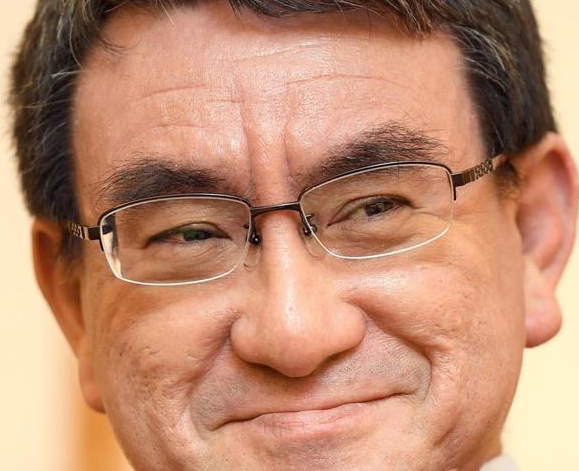 China and Russia, which have close relations with North Korea, also declare their goal is denuclearization of the Korean Peninsula. They are looking for the same thing as Japan and the U.S. No country is demanding regime change. North Korea must give serious thought to its future.

That’s why the international community needs to stand united and force the North to dismantle its nuclear and missile programs, resolve the abduction issue, and come to the negotiating table.

It is my deepest regret that the abduction issue remains unresolved. We must make sure that we start negotiations with the North by making clear our commitment to resolving the abduction issue along with nuclear and missile development when the North [returns to the table for dialogue] as a result of our pressure.

Do I think there is a possibility of a contingency involving North Korea breaking out? It is theoretically possible. But the North knows that if it mounted an attack, it would be annihilated by the U.S.’s overwhelming military capability. So we must make sure that we keep the situation under control in order not to increase the probability of the situation developing into a contingency.

But we are preparing in case there is a contingency. For example, on a regular basis the Japanese Embassy in Seoul is leading efforts to confirm procedures for contacting Japanese nationals in South Korea. With regards to the evacuation of Japanese nationals in South Korea, we are making various preparations in accordance with the U.S.-Japan Defense Cooperation Guidelines. We are also making preparations in close cooperation with South Korea.

In the best case, no contingency will arise. If Japanese, U.S. citizens, and other foreign nationals need to evacuate [from South Korea], there is nowhere other than Japan for them to go. Then how should they evacuate? How should we receive them? I cannot discuss the details, but we are formulating a plan.

The U.S. and North Korea will never shift to a stance of holding dialogue without Japan. Japanese Prime Minister Shinzo Abe and U.S. President Donald Trump have affirmed on a number of occasions that “Japan and the U.S. are together one hundred percent.” The Japanese government trusts President Trump.

Many South Koreans look to build a good relationship with Japan

The deal that Japan and South Korea clinched at the end of 2015 is a governmental agreement, so the South Korean government is bound to uphold it. The “goal posts” have been set. There is no way to withdraw from the deal.

Even today, a growing number of South Koreans are visiting Japan for sightseeing. They are not participating in standard tours. Many of them enjoy experiencing Japanese culture first-hand by, for example, visiting “onsen” spa resorts. A small minority of people might want to exploit the past (the history issues), but I think more people want to build a “good relationship” with Japan.

What do I think about the “Kono statement (issued by his father, Yohei Kono, on the comfort women issue when he was chief cabinet secretary)?” My thinking is encapsulated in the “statement commemorating the 70th anniversary of the end of World War II” issued by Prime Minister Abe in August 2015 and the Japan-South Korea agreement on the comfort women issue sealed two years ago. I have nothing to add.

I am not the Kono who issued the “Kono statement.” That was another Kono. If you want to know about the statement, wouldn’t it be better to ask that other person?

I saw some people post messages on the Internet saying “the Kono statement you issued.” I issue a statement only when the Shonan Bellmare football team (J2 league) chalks up a big win. Am I fed up being asked such things? Not at all. I actually enjoy such questions because I can joke about them.

In favor of enshrining SDF in Article 9

With regards to the Northern Territories issue, Prime Minister Abe and Russian President Vladimir Putin demonstrated a commitment to work together. Japan and Russia will be able to build mutual confidence by together drawing up a vision for the future of the four islands.

For Japan and Russia to get to this point, it took more than half a century. If my grandfather, Ichiro Kono (former Minister of Agriculture who was involved in negotiations concerning the Japan-Soviet joint declaration of 1956) had looked at the current situation, I believe he would have said, “It has taken a long time.” Now discussions on how to build a framework for the movement of people are underway. So Japan and Russia are steadily making efforts to resolve the sovereignty of the four islands with an eye on concluding a peace treaty.

The other day, I personally said to the Prime Minister, “I would like to buy a small but relatively long-haul jet for use by the Foreign Minister.” He responded, “Is the MRJ (Mitsubishi Regional Jet) a short-haul plane?”  The Foreign Minister will be able to visit other countries more often if he/she is given a personal jet. That will become a necessary investment in Japan’s foreign policy.

The end of World War II and of the Cold War should have ushered in happier times, but the number of refugees across the globe is approaching an all-time high. The Japanese people must give global issues greater consideration. We received a great deal of support from many countries when we were hit by the Great East Japan Earthquake. I think it is important for the Japanese people to pay a little more attention to the world and support other countries.

I think a stable, long-lasting government is important. Of the G7 nations, the Abe government is the second longest administration in office after Germany, which is led by Chancellor Angel Merkel. So Japan presents a significant presence in global diplomacy.

The economy is the foundation of the administration. So our challenge is to rebuild the Japanese economy. Now is time for Japan to lead efforts to promote free trade through the Trans-Pacific Partnership (TPP) free trade agreement and the economic partnership agreement (EPA) with the European Union. It is also important to play an active role in addressing global issues including climate change and to roll out a foreign policy that will rejuvenate the Japanese economy.

I agree with the idea of stipulating the existence of the Self-Defense Forces in Article 9. I question [the approach of] giving an explanation for each case, such as “this must be interpreted in this way.” We must amend Article 9 in a way that “it means what it says” when the Japanese people read it. It is very important to revise the Constitution in a way that people can understand the meaning as they read it.

Am I going to run for the Liberal Democratic Party’s presidential race next September? That is not a matter that I need to decide now. It remains to be seen even if Prime Minister Abe will run in the race. Will I throw my hat in the ring in the future? Yes, I will!