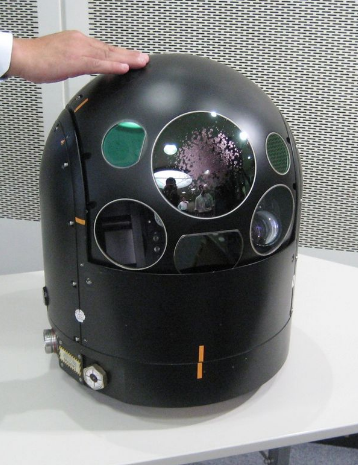 TOKYO (Jiji Press) — Tokyo police on Friday sent prosecutors papers on a Chinese student for allegedly reselling an infrared camera convertible to military use to a Chinese company.

The camera for disaster-relief helicopters, also used in U.S. military spy planes, was disposed of by the Land, Infrastructure, Transport and Tourism Ministry. Exports of such cameras are restricted because they can be used for military purposes.

The 22-year-old male student of Tokyo’s Adachi Ward has admitted the allegation. He was looking to earn money for living, said sources at the Metropolitan Police Department’s Public Security Bureau.

The man is suspected of exporting the infrared camera he won in an online auction to Hong Kong without obtaining permission from the trade minister on May 28 last year in violation of the foreign exchange law.

The camera, previously mounted on a transport ministry helicopter for disaster relief, made it to the online auction after it was handed to a subcontractor of Mitsubishi Electric Corp., which had been asked by the ministry to dispose of it.

The machine changed owners on more than one occasion before reaching a recycling company in Saitama Prefecture, which auctioned the product.