Shoplifting by Vietnamese students on the rise 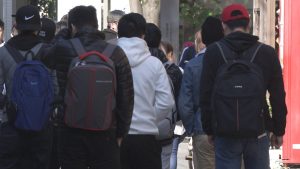 NHK’s “Close-up Gendai+” reported that the number of shoplifting incidents involving Vietnamese in Japan is increasing, saying that Vietnamese now commit more crimes than people from any other country in Japan. According to the program, 1,208 Vietnamese nationals were arrested for petty crimes such as shoplifting last year. Most of them are students who are in dire straits because even though they work at night, they are hard pressed to repay the large loans that underwrote their studying in Japan.