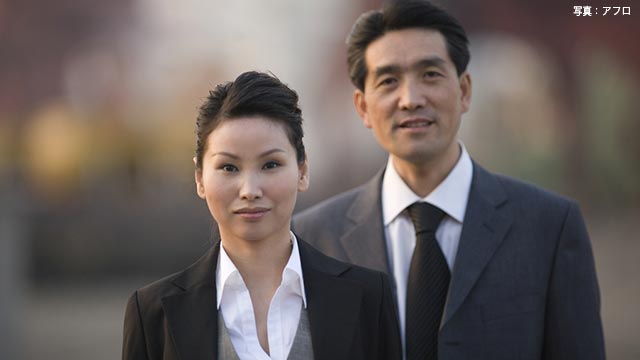 What are unconscious biases?

I imagine some readers will themselves agree with these statements or will think that many people would.

In fact, these are classic expressions of an “unconscious bias” related to gender.

This unconscious bias defines men as being one way and women as being another. Unconscious biases are based on a person’s upbringing and experiences and form without their realizing it. Such biases cannot be controlled consciously.

In Japan, the West, and around the world, more and more people are talking about the importance of empowering women. Despite this rising momentum, though, the reality is that the empowerment of women has not advanced very far. Why is that?

The latest research has revealed the existence of an “unconscious bias” related to gender. This may be the first time for some of you to hear this term. The phrase has not taken firm root in Japan yet, but interest in this “unconscious bias” is rising rapidly in the West today. What is it exactly? 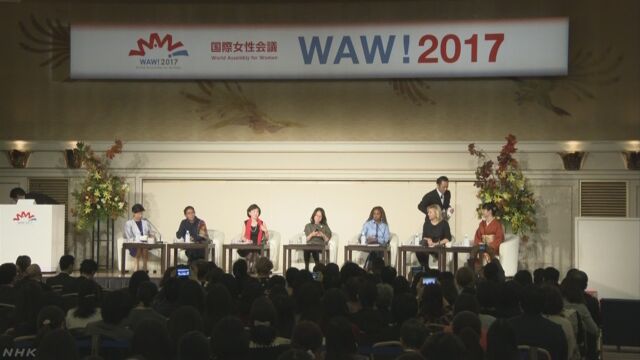 With the best of intentions …?

The World Assembly for Women, or “WAW! 2017,” was held at the beginning of November, with the aim of creating “a society in which all women shine.”

Several international conferences to discuss women’s empowerment were held that month, and I reported on them.

What surprised me was to hear the term “unconscious bias” coming from the lips of such a wide variety of women of different nationalities and professions.

The main focus was on the “unconscious bias” against women who are working outside the home while raising children.

Many female participants spoke fervently about this issue.

Driving the promotion of women’s empowerment is the awareness that it is unfair for women to have fewer work opportunities than men and for women’s wages to be lower than men’s even though women make up half of society.

Another factor driving women’s empowerment is the fact that women must be in the workforce if the economy is to grow.

McKinsey Global Institute estimates that in a full-potential scenario in which women play an identical role as men in the labor market, as much as $28 trillion could be added to global annual GDP in 2025. That is equivalent to the combined U.S. and Chinese economies today.

Even overseas, however, women’s empowerment is not advancing as much as anticipated. The World Economic Forum, a Swiss research institute, released a report at the beginning of November. According to the report, global economic disparity between men and women, including labor force participation, wages, and promotion to managerial ranks, is rising, even though the gap is closing on education. The report sounds the alarm that the gender gap in economic participation and opportunity will take 217 years to close at the current pace of improvement.

Thanks for your consideration, but …

Why isn’t women’s empowerment moving forward? Research focusing on Western countries has found that an unconscious bias related to gender is exerting a negative impact on decisions regarding promotions and the division of work at the office.

In Japan, too, it was found that women raising children feel the impact of an “unconscious bias” on a daily basis even if they are not familiar with the term. 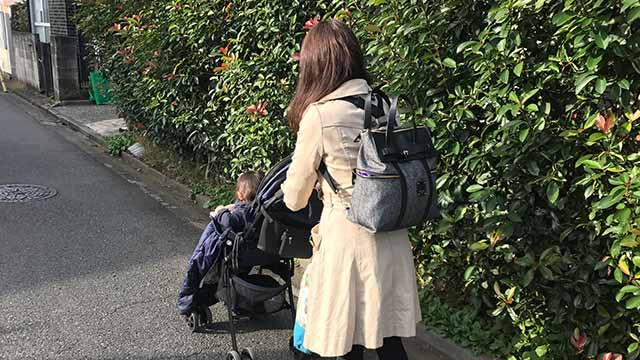 A 35-year-old woman working full-time at a financing organization while putting her one-year-old son in a nursery school says that her boss and colleagues are kind and her workplace is employee-friendly.

She also says, though, that she has to deal every day with the frustration of not being given large projects with many responsibilities but being assigned leftover auxiliary duties that her colleagues could not get to. “It is nice that they are trying to be considerate, but I am frustrated that I am not even able to get to the starting line even though I want to do regular work. I am constantly battling with frustration and a sense of resignation that it may be pointless to even try,” she confided. 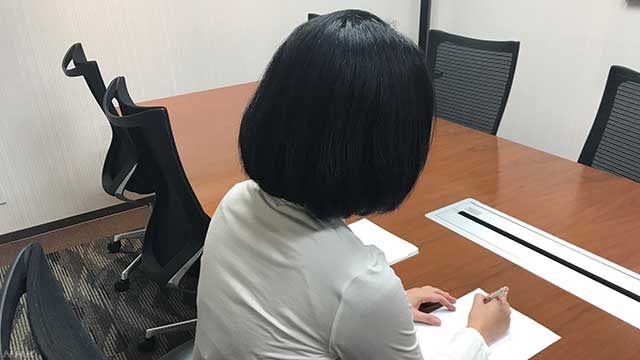 A 40-year-old woman working in the consulting industry in Tokyo says that she does not tell her customers that she has a daughter in the early years of elementary school. Asked why she doesn’t, she replies, “A man who has children is regarded as the breadwinner and is thought to be a solid employee who has a sense of responsibility. There is a strong tendency, though, for a woman who has children to be viewed as someone who cannot do real work because her time is taken up by her family. People don’t want to burden her because she has a family. I don’t want people to think they can’t ask me to do a project just because of the assumptions they are making.”

Women want to work hard and produce results even if they may have some restrictions as workers. Many men in Tokyo’s Shimbashi district, however, say women should not overextend.

The men I spoke with all praised the women at their workplaces for their work ethic. It came through loud and clear, though, that they tended to hesitate to ask women to take on a project out of consideration for them.

How to recognize “unconscious biases”

How can you recognize an “unconscious bias”?

A team led by a researcher at Harvard University in the United States has created a series of tests that determine if you have an unconscious bias. You can take the tests on the Internet. There is even a Japanese site.

I don’t think I am biased, but I took the test on the unconscious bias related to gender. I was a little shocked when the test results said I automatically tend to strongly associate men with career and women with family.

According to Ferris University Professor Kimihiro Shiomura, who runs the Japanese site, everyone has unconscious biases, so it is very common for the tests to indicate that. What is important, he says, is to reduce the negative impact of the biases.

The Japanese arm of healthcare giant Johnson & Johnson Group launched a training program three years ago to reduce the negative impact of the unconscious bias related to gender and career.

In the program, trainees are shown three conversations in which a boss sounds out a subordinate about a promotion.

In one of the three, the female subordinate is hesitant about the promotion and the boss does not restate the proposal because he does not realize that what appears to be hesitation is actually modesty.

Bosses are told they should have solid value standards that emphasize the individual’s qualifications and performance rather than age or gender in making personnel decisions.

The company has received feedback from employees who have completed the training. One said, “I was overly considerate of women and may have made them think ‘people have low expectations of them.’” Another said, “I recognized the importance of being confident and seizing opportunities.” 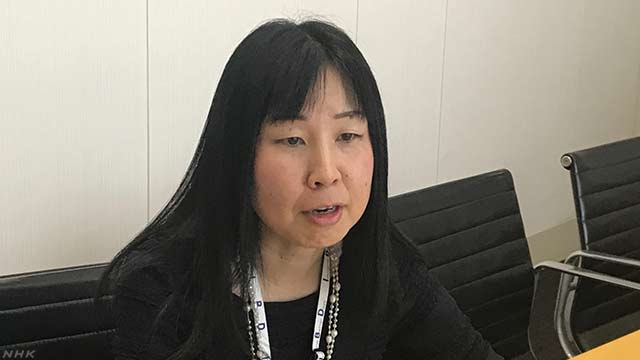 Research and Development Division Manager Yoko Murata, who is in charge of this in-house training, said: “It is critical to look at each employee’s performance and not judge them based on whether they are male or female or have children or not. We encourage our people to create more opportunities for communication through one-on-one meetings and to check whether they have any hidden biases by talking with others. We aim to create an organization that is easy not only for women to work in but for everyone to work in.”

With the introduction of childcare leave systems and the reduction of long work hours, there are more women in Japan who are balancing childrearing and work. 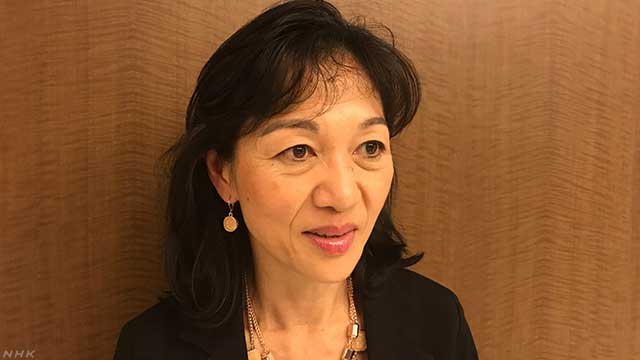 Personnel consultant Park Sook Ja points out: “Women have become ‘common’ in the workplace as work systems have been enhanced, but women are not yet ‘empowered.’ Each working woman has a different personal situation, and women’s empowerment cannot go beyond a certain level unless there are initiatives to keep in check the impact of ‘unconscious biases.’ We must make decisions based on ‘knowledge and conscious awareness’ by doubting our intuition and collecting information and data.” 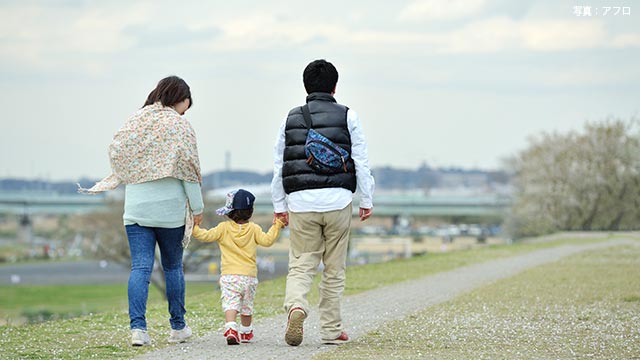 Society is changed by words

To write this piece, I spoke with many working mothers. One woman’s words left a strong impression on me.

“A decade ago, people knew intellectually that ‘it is wrong to treat pregnant women at the workplace disadvantageously’ and that ‘men should also participate in childrearing,’ but it was hard to put such concepts into actual practice. When words like matahara [maternity harassment] and ikumen [fathers who gets involved in their children’s upbringing and education] came into common parlance, though, societal awareness suddenly changed. In the same way, society will change as the term ‘unconscious bias’ takes root.”

Some mothers want to cut down on work for a time. Others want to work as hard as they can within certain limits, such as not going on overnight business trips or working late at night. Yet others want to work very hard and gain lots of experience. Mothers differ in how they want to deal with work and in how much childrearing support they can get from their families and others around them.

At the workplace, though, working women who are raising children tend to all be lumped together in one group called “mothers.” They are frustrated that they are not treated the same as their single or male colleagues. Men work as much as they like and go out drinking after work even if they have children, so why do most women have to limit their work and bear the main burden of the housework and childrearing? They cannot envision their future career, and this concerns them.

With the creation of the term “unconscious bias,” will the situation today surrounding working women who are raising children come into the spotlight? I came to think so as I was working on this article.

I can’t help feeling that eliminating possibilities for someone based on preconceived ideas is a waste for that person, for their organization, and for society. With an eye to creating a society where everyone can enjoy a dynamic work life, join me in first looking around ourselves and noticing “biases” that we may never have been aware of before.