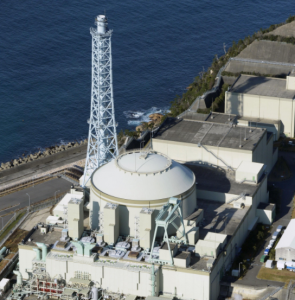 All papers wrote that the Japan Atomic Energy Agency, the operator of the Monju prototype fast-breeder nuclear reactor in Tsuruga, Fukui Prefecture, submitted to the Nuclear Regulation Authority on Wednesday a plan for decommissioning the troubled reactor over the next 30 years. The GOJ decided in December last year to scrap the reactor. The operator plans to divide the 30-year period through 2047 into four phases. It will extract nuclear fuel from the reactor core in the first phase, prepare to decommission the pipes and pumps where sodium coolant has circulated in the second phase, and begin scrapping the reactor in the third phase. However, the operator has not disclosed the detailed processes for the decommissioning. This will be the first time for a fast-breeder reactor to be dismantled in Japan and some 26,700 tons of solid radioactive waste is expected to be generated as a result. The local government is calling on the operator to remove the spent nuclear fuel and sodium from the prefecture swiftly. The papers wrote that there are a number of problems to be resolved in dismantling the reactor, including where to store the spent fuel to be extracted from the reactor core.