Four executives predicted that the economy will be “stagnating” six months hence.

The Japanese economy faces the issue of emerging from deflation. Some 20 respondents forecast inflation of “around 1%” in 2018 (annual average). No executive said “around 2%.”

The questionnaire was conducted in December 2017, and responses were received through interviews or in writing. 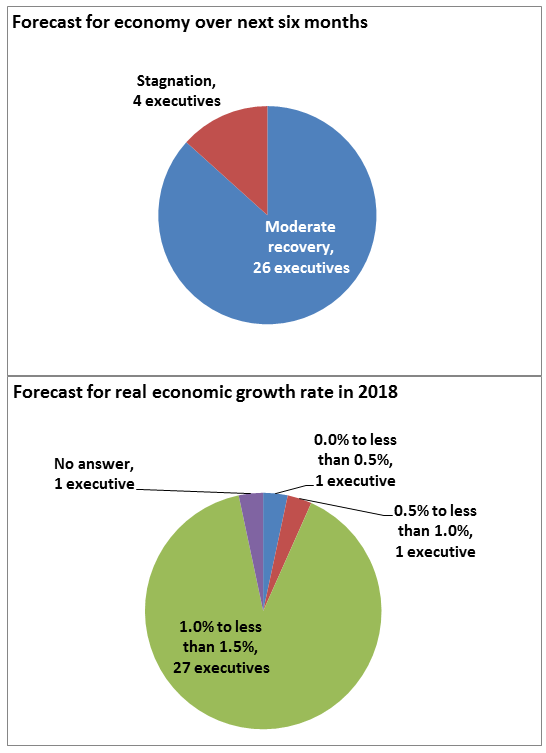 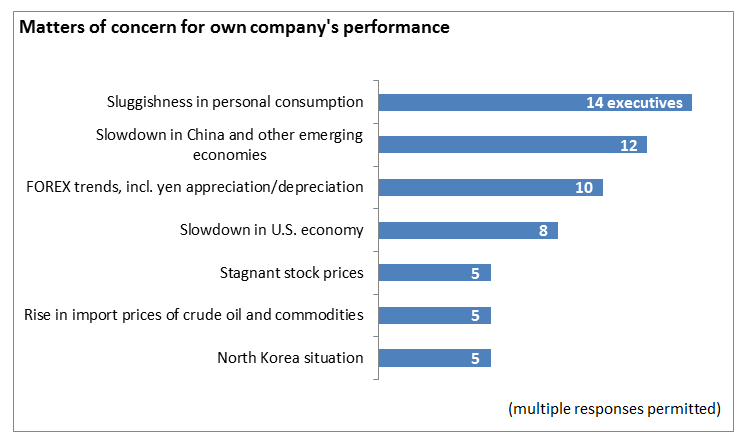 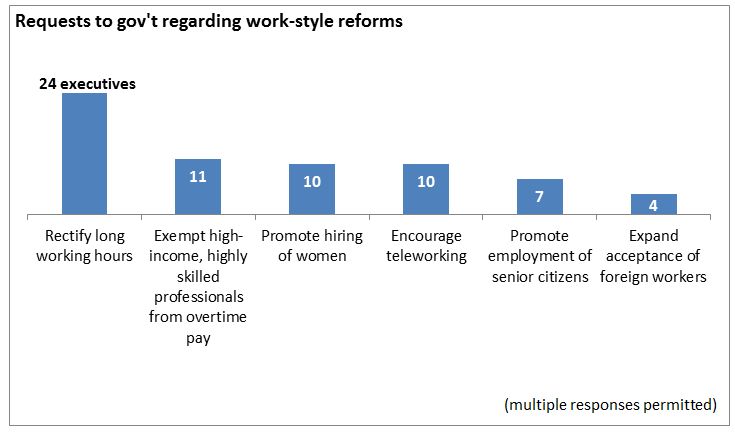 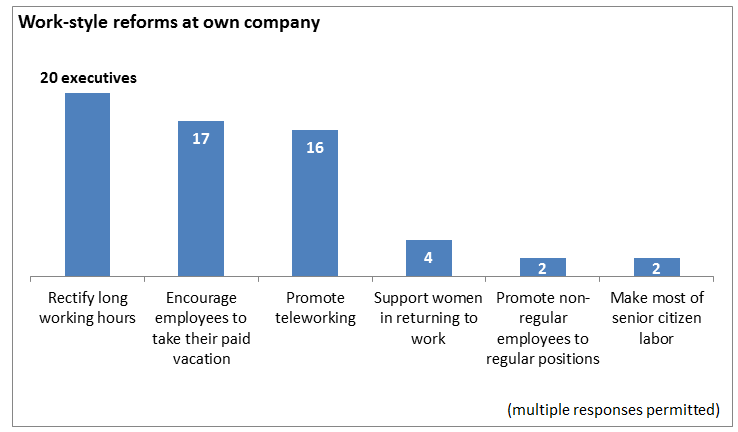