75% of companies see economy expanding through next autumn, Mainichi poll of 121 companies

On Jan. 3, the Mainichi Shimbun announced the results of its December 2017 questionnaire survey of 121 major companies on the economy. Some 75% of respondents (91 companies) said that the current economic recovery “will continue at least through around October 2019 when the consumption tax hike is scheduled to go into effect.” There was widespread confidence as it looks likely that a new record will be set for the longest period of economic growth in the postwar period. (To date, the longest postwar period of growth lasted 73 months from February 2002 to February 2008.) (Abridged) 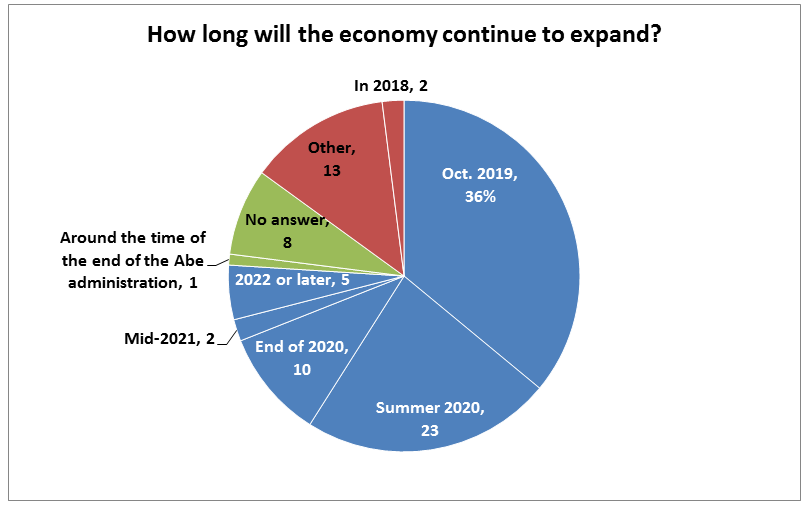 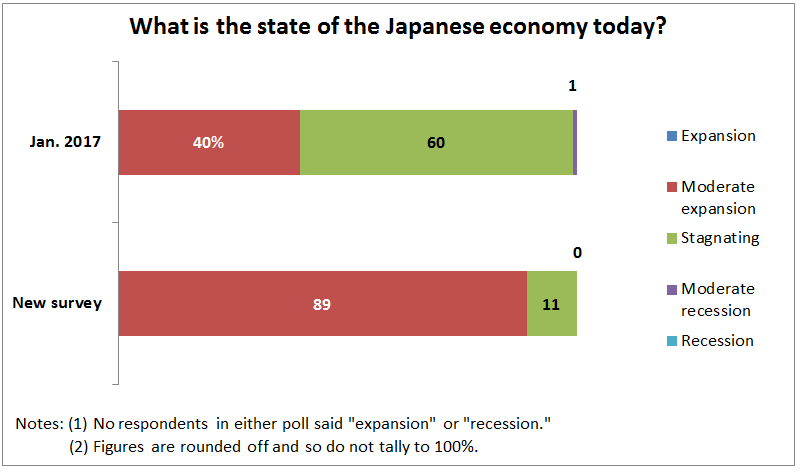 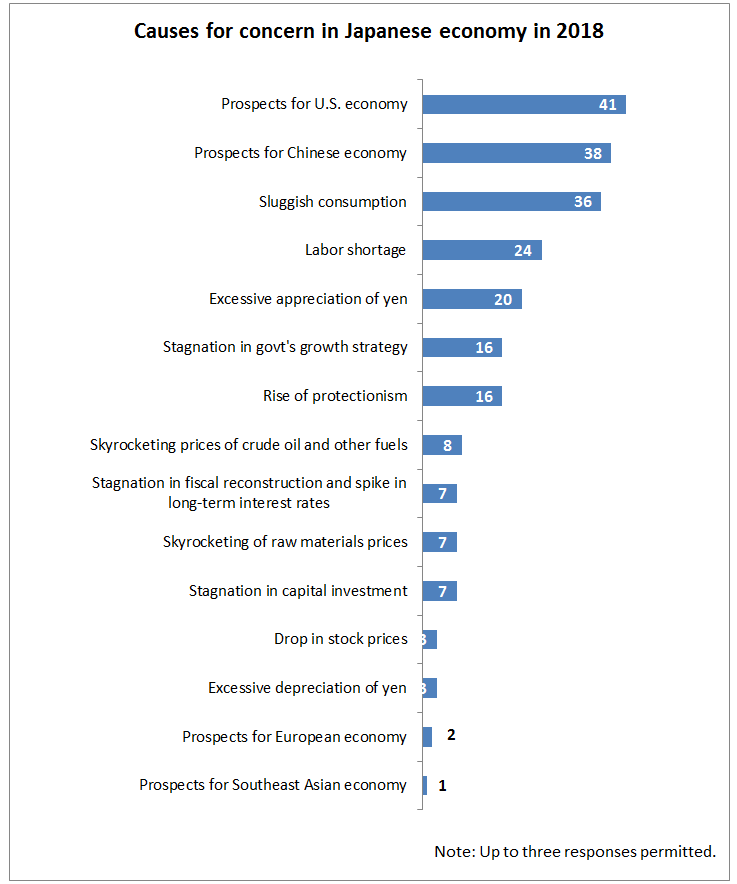 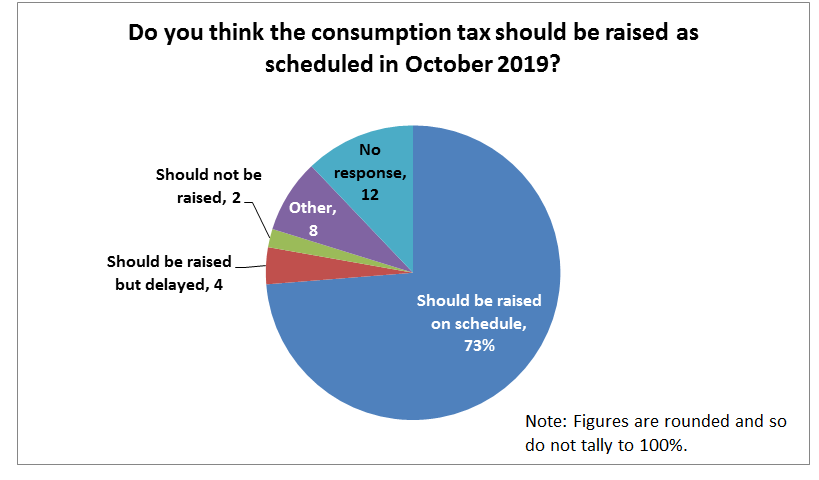