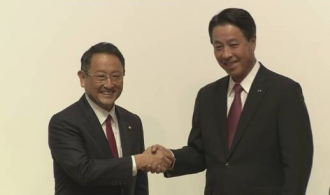 NHK reported this afternoon that amid President Trump’s calls for foreign investment and employment expansion in the U.S., Toyota and Mazda have decided to build a new auto assembly plant in Alabama by the end of 2021. The network said Toyota and Mazda formed a capital alliance last year and disclosed a plan to jointly build a new plant capable of manufacturing about 300,000 cars annually for sale in North America by 2021. The network added that the two companies chose Alabama because Toyota already has an engine plant there and an assembly plant in Kentucky, and many auto parts manufacturers that do business with Toyota have factories near Alabama.