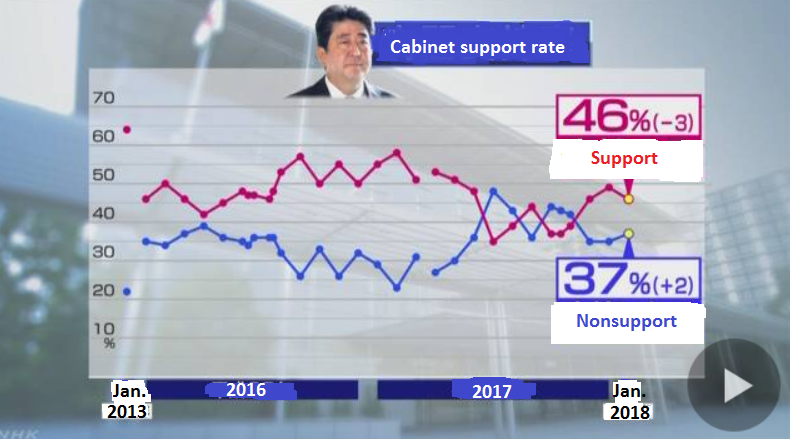 The nationwide survey was conducted by NHK from Jan. 6 over three days on a computer-aided random digit dialing (RDD) basis and targeted men and women aged 18 or over with calls placed to landline and mobile phone numbers. Valid responses were received from a total of 1,256 persons out of the 2,182 people polled. The valid response rate was 58%.

Prime Minister Shinzo Abe’s term as president of the Liberal Democratic Party (LDP) will end this September. Asked if they are in favor of or opposed to Abe being elected LDP president again and continuing as prime minister, 28% said they are “in favor,” while 31% said they are “opposed” and 37% said “can’t say either way.”