The Yomiuri Shimbun nationwide public opinion poll conducted on Jan. 12–14 asked respondents for their views on the Liberal Democratic Party’s study of two options for explicitly stating the existence of the Self-Defense Forces (SDF) in the Constitution: either retaining Paragraph 2 of Article 9, which states that Japan will never again maintain war potential, or deleting this paragraph. Some 34% of pollees said that “Paragraph 2 of Article 9 should be deleted and the aims and character of the SDF should be stated clearly” while 32% said “Paragraph 2 of Article 9 should be retained and provisions giving the grounds for the SDF added.” Meanwhile, 22% said that “there is no need to explicitly stipulate the existence of the SDF in the Constitution.”

Some 62% said that the Diet should promote debate on the Constitution so that a conclusion is reached on a concrete proposal for amendments (November 2017 poll: 62%), while 30% said it is not necessary (28%).

Asked what policies they would like to see the Abe cabinet place priority on going forward (multiple responses permitted), some 88% said “economy and employment” (November 2017 poll: 62%), while 27% said “constitutional amendment” (28%).

[Polling methodology: The nationwide survey was conducted on Jan. 12–14 on a computer-aided random digit dialing (RDD) basis and targeted voters aged 18 or over with calls placed to landline and mobile phone numbers. Valid responses were received from a total of 1,070 persons, including 542 persons (out of the 897 households with one or more eligible voters) for landline numbers and 528 persons (out of the 1,227 persons who answered) for mobile numbers. The valid response rates were 60% for landline numbers and 43% for mobile numbers.] 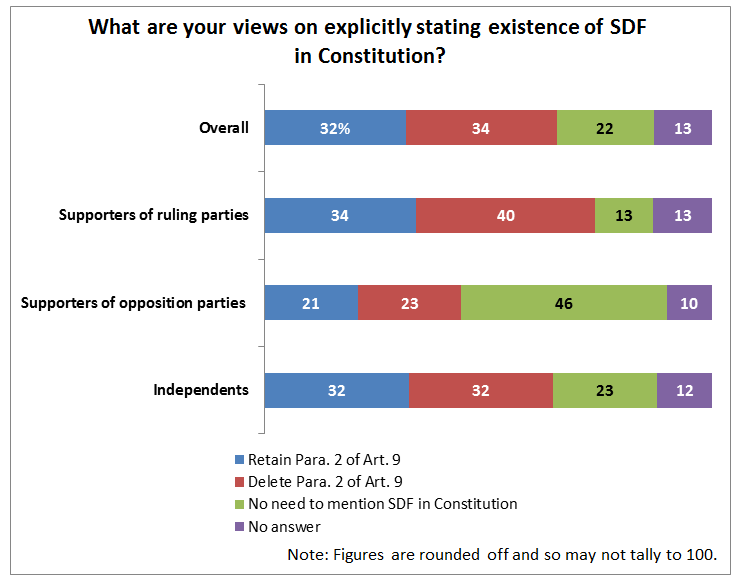